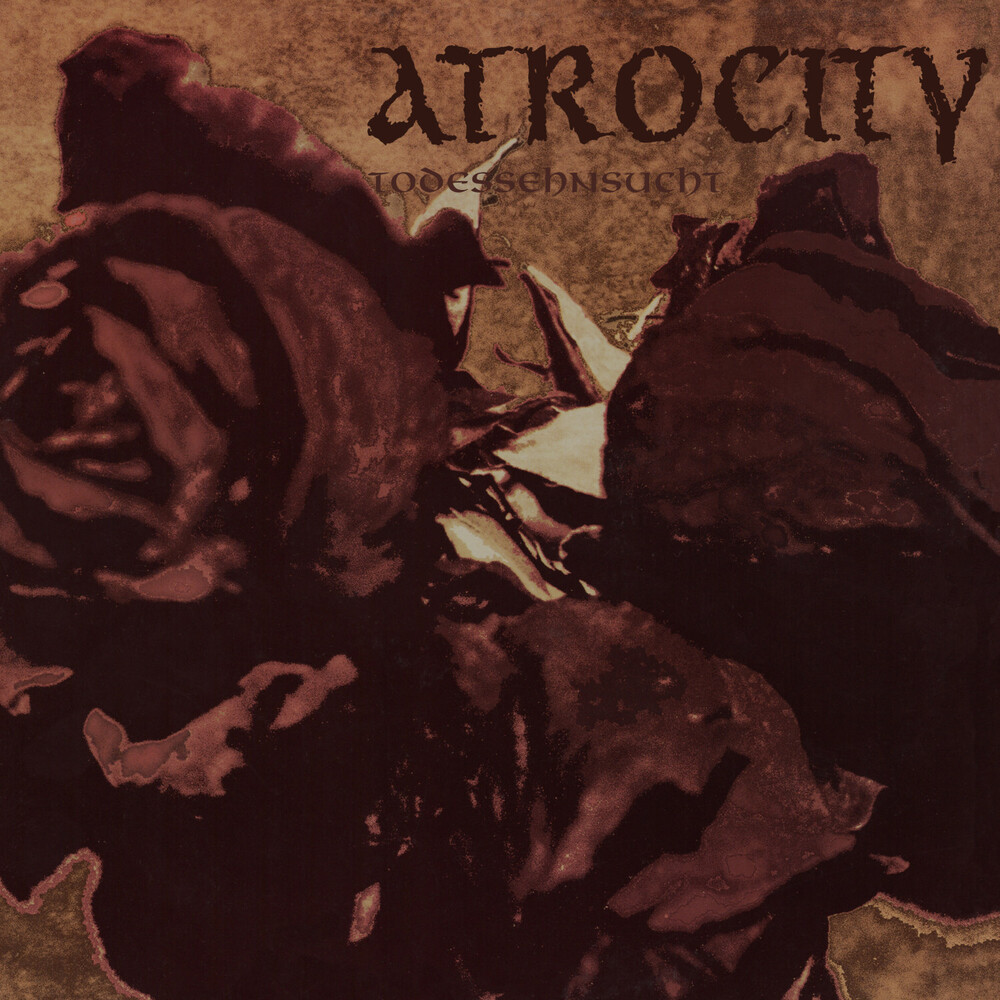 When in 1992 death metal flourished into technicality, "Todessehnsucht" emerged as Atrocity's attempt to create an epic album, conjoining both progressive and extreme sounds. The attempt fully succeeded - "Todessehnsucht" became one of the most intense and respected productions in the band's entire discography! For many fans, this is also one of the best albums in the history of the German death metal scene - a true monument of sophisticated arrangements and blasphemous melodies and a death metal classic, which was influential to many extreme metal bands. Originally released in 1992 by Roadrunner Records, "Todessehnsucht" (named "Longing For Death" in the U. S. ) emerged as a conglomerate of aggressive and brutal sounds, supported by truly artistic elements, such as the addition of classical musical motives and vocals performed by opera singers. The album featured a whole range of inspirations, with each track packed with original ideas - just listen to the ultimate death metal song "Necropolis", the guitar harmonies on "Unspoken Names" or hear Atrocity's version of a Wagner's theme from "Götterdämmerung" (Twilight of the Gods) incorporated into "Sky Turned Red". The band also added to the list of great own song material a brilliant cover version of "Archangel" by Death as a bonus track. "Todessehnsucht" - produced by Alex Krull and the band itself - received enthusiastic reviews in the press, and was praised for magnificent guitar arrangements, Alex Krull's unique, aggressive and hellish vocals and the overall mood of the album, emphasizing a dark, gloomy and mentally deranged atmosphere throughout the entire record. Today, the band still remembers this album as one of the finest achievements in their discography. As Atrocity's vocalist Alex Krull comments: "'Todessehnsucht' was our way to play extreme music, more complex and bombastic than other typical death metal bands. After extensive touring and festival performances we prepared to make a second record entitled 'Todessehnsucht'. We had changed labels, and were now under contract to Roadrunner worldwide. Expectations were high, and we worked on further refining out style. We also wanted to integrate more classical elements into our music, so we had invited four opera singers into the studio. On the first record, 'Hallucinations', we had blended a little Mozart into the music, whereas on 'Todessehnsucht' we wanted something more bombastic. Later, the press often called the record 'Wagnerian' and 'Teutonic' as a result of this underlying theme. In truth, we were unable to completely realize our ideas, because we didn't have the means to do it. Right from the start, Mathias wanted orchestral arrangements and a song in a completely different instrumental line-up. As a result, we were often criticised for being too scatty and complex. But so what, many people today see 'Todessehnsucht' as a classic. And when it comes to 'Teutonic'; some people didn't like the German title. But we really wanted that particular title because it was the only one which suited the title song and the mood of the whole album. In America the album was renamed 'Longing For Death' against our will. These days, the whole thing would have had a different outcome - just think of Rammstein entering the US Billboard charts with their album'Sehnsucht'. By the way, there was someone from the youth office at our release party because they thought we were inciting people to collective suicide. What an effect language can have, provided you understand it! Our '93 tour was later given the title 'Todessehnsucht über Deutschland' which turned out great. "The release of the album was followed by a very controversial tour with the death metal icon Deicide. On this tour the bands got bomb threats by radical Christians and extreme animal rights groups. One bomb blew off in Stockholm and one bomb was defused by the police in Manchester. On the "Todessehnsucht über Deutschland" tour (1993), Dark Millennium was joining Atrocity. While the group definitely keeps an open mind in creating new albums, they never cut off from their violent metal past - "Todessehnsucht" is proof that Atrocity well deserves the title of being one of Germany's finest death metal bands ever.