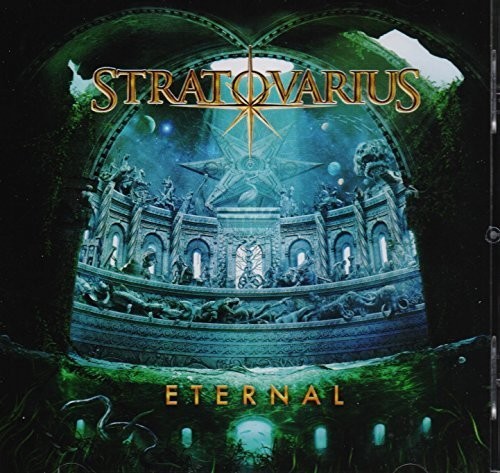 The eagerly awaited new album by STRATOVARIUS is a granitic piece of work in their best traditional way. If the previous studio work Nemesis was occasionally flirting with pop choruses and experimental sounds, Eternal is a long ride through the purest symphonic speed metal. It s the fourth album for the extraordinary Matias Kupiainen as producer, song writer and guitar player, who is now an established force of nature for the band.

Eternal is an album with ten songs, which are a real statement of intent . The reason for the brilliancy of this album is the virtuoso contrast of Jens Johansson s unpredictable keyboard solos (possibly one of the best keyboard players in the history of metal music) and Matias solos to enlighten the melodic vocals of Timo Kotipelto. This carriage and pair has to be second to no one in metal.

Eternal is the fourth studio album by the Finnish symphonic metal originators for the earMUSIC label.

Kotipelto and Johansson proudly carry the torch of the glorious STRATOVARIUS tradition, but now, many fans of the band consider the current line up as classic STRATOVARIUS . The new album Eternal has been the longest album in the making for the band. A masterpiece of majestic virtuoso metal: epic, fast and powerful.

100% metal, as if STRATOVARIUS wanted to demand their undisputed leadership in this genre.