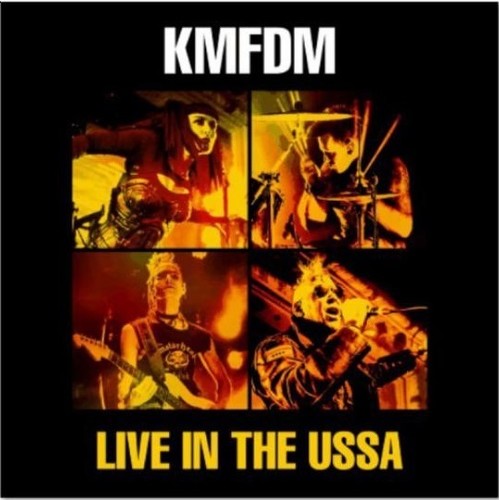 Pioneers, philosophers, trailblazers, in short: prophets always have to assemble their flocks abroad before they find due recognition in their homelands. This also applies to the German art form KMFDM. Whether in the US, Japan, Australia or elsewhere (where they sold hundred thousands of records and embarked on various sold out tours) - for over a quarter of a century they are the epitome and synonym for a musical style of the harder variety: Industrial Rock. KMFDM pioneered the crossover between techno/dance and heavy metal, creating their unique sound and were one of the first bands to bring Industrial Rock to mainstream. They influenced bands such as Rammstein with whom they were touring the US - with KMFDM headlining. The band was founded in 1984 and rapidly evolved year by year through intense experimentation and touring. They have managed to redefine themselves with every new release. Recorded during their roaring USA tour in late 2017, "Live in the USSA" perfectly captures the intoxicating atmosphere that was present throughout the whole journey. The album features a diverse and exciting selection of six of their favourite songs from their latest studio album "HELL YEAH" and six of their classic UltraHeavy Beat-hits. Thus, "Live In The USSA" commemorates and immortalizes a brilliant experience for fans and band alike.