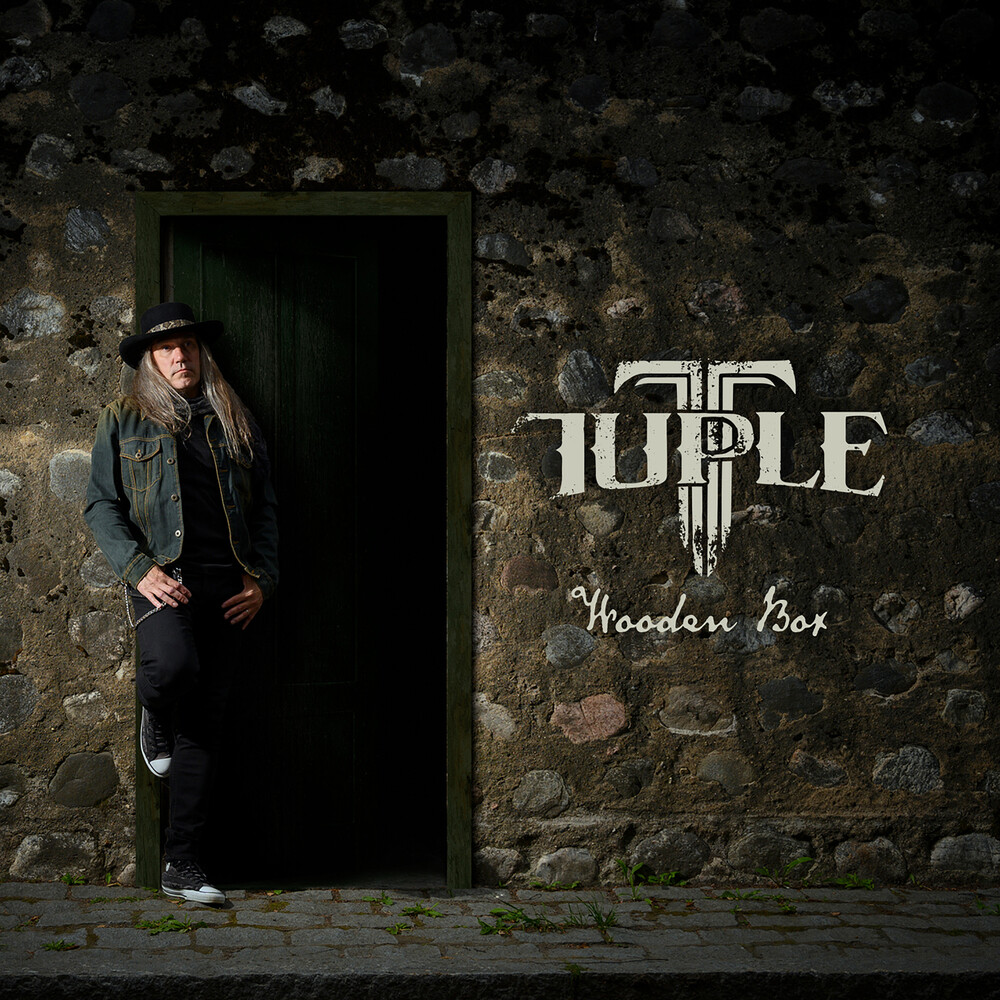 Tommi 'Tuple' Salmela, born June 3rd, 1969 in Kuopio, Finland, is a Heavy Metal singer and known from bands such as TAROT, LAZY BONEZ and RASKASTA JOULUA (Ragnarok Juletide). His debut solo album "Wooden Box", an AOR/Hard Rock concept album, telling stories of his life, will be released on June 26, 2020. Tuple came into the limelight after joining Finnish pioneer metal band TAROT. In May 2006, the band reached the number one slot on the Finnish charts for the first time in the history of the band with the single 'You'. He also participated in the Finnish version of the "Clash of the Choirs" reality TV show in 2010 with Marco Hietala, the ringleader of TAROT and better known, nowadays, for being in NIGHTWISH. When they performed a version of the TAROT song "I Walk Forever", this made an huge positive impact on he group's career. TAROT toured in Europe, South America, USA and Japan. They also played big festivals like Prog Power (USA) and Bloodstock (UK). Tuple's music career is a long one, including singing background vocals for many Finnish bands like Amorphis, Twilightning, Cardiant and so on. He's also one of the singers of Raskasta Joulua, which is a Finnish band recording and performing traditional Christmas carols and hits in a Heavy Metal style. These days, Tuple is also the lead singer of LAZY BONEZ. He performed a duet with Bernie Shaw (URIAH HEEP) on the song 'Devils Dice' from the album 'Alive'. When Tuple turned 50, he came up with the idea to make a solo album, with his old friend and composer Riitis, about his life that has been sort of a roller-coaster ride. You could say that the 'Wooden Box' release is some kind of personal spiritual purification. Tuple's influences come from bands like Journey, Kansas, FM, Uriah Heep, Boston, Chicago, Strangeways, Black Sabbath, Dio and lots of other AOR bands - the list goes on and on. His motto is 'what doesn't kill you makes you stronger'.