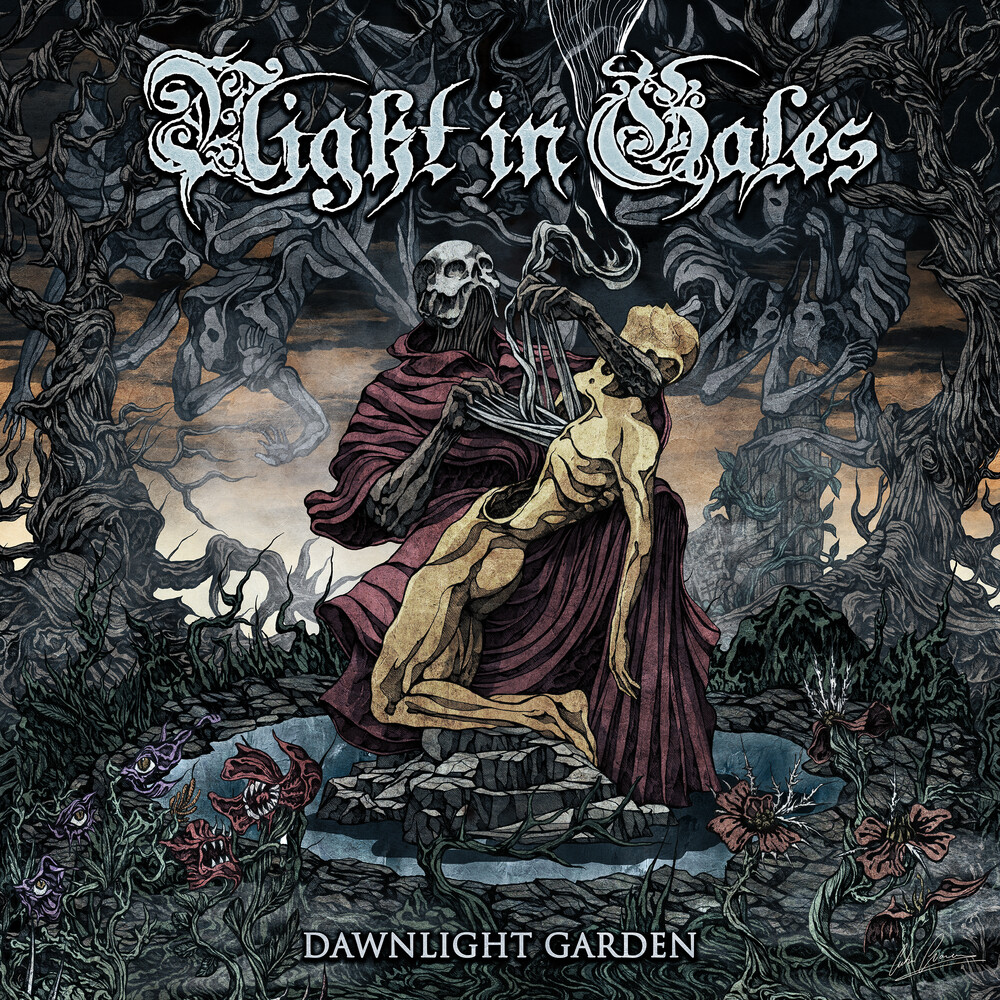 An ominous, red dyed horizon recalls "Sylphlike", "Towards The Twilight" or "The Last Sunsets" - the album that lead Night in Gales back to their roots. 2018 marked the return of their initial singer Christian Müller but the year also saw their rediscovered love for melodic death metal in it's initial form, which they delivered with overwhelming enthusiasm and a noticeable (re)connection with their own history. "Dawnlight Garden" consistently continues this path and delivers even more multifaceted material which underlines the compositional sophistication of the band. The opener "Atrocity Kings" paves the way for "Beyond The Light" to really explode. But there is always enough space for groove ("Winterspawn") and semi-acoustic passages ("Kingdom"). The rerecorded "A Spark In The Crimson Eclipse" looks back on the "Razor"-EP which was originally released in 1996 to create another highlight. The character of the album is perfectly captured in the intense artwork by Costin Chioreanu (At The Gates, Arch Enemy...). While the horizon in the background is a nod to the band's early days, the garden in the foreground symbolizes the here and the now with all it's different aspects.