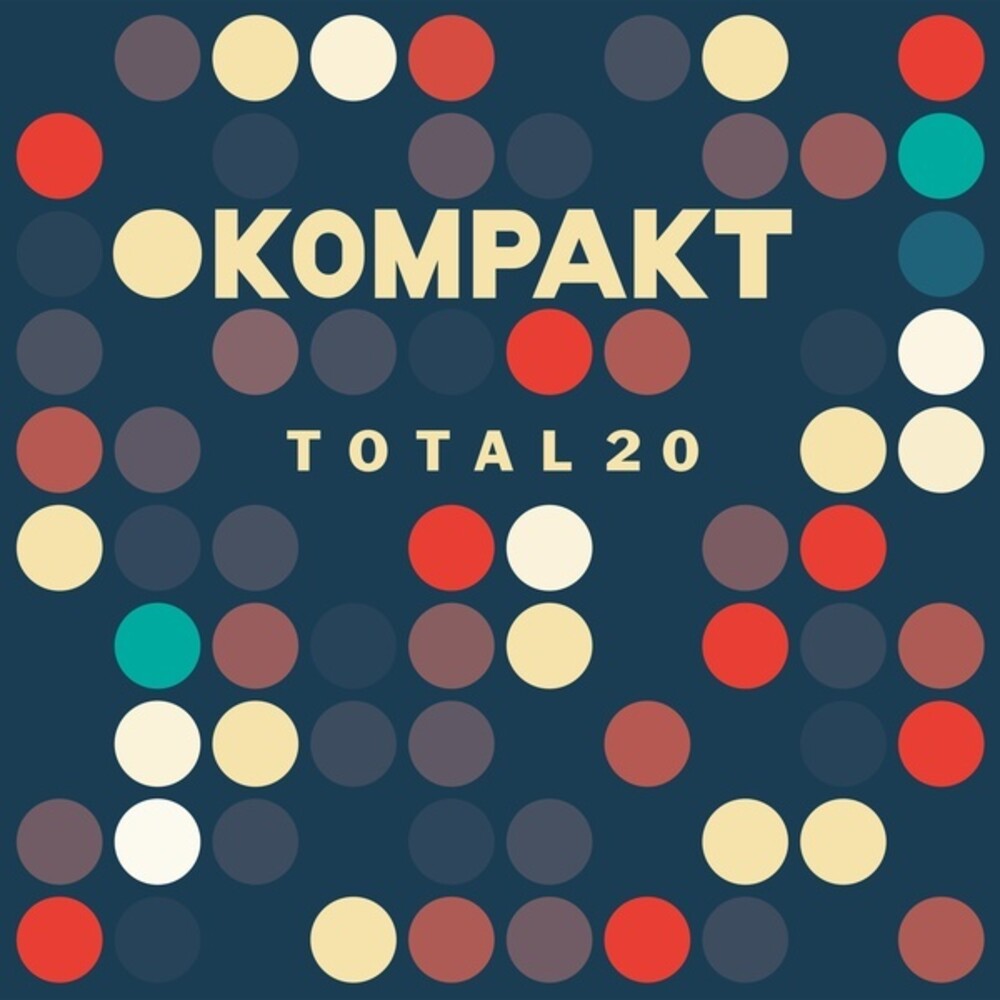 Two CDs. Two decades. Twenty years. Twenty compilations. But here we are - in the year 2020 which will probably go down in history as the most difficult period ever for club culture. But we won't stop doing what we're doing. Music is our oxygen. We'll dance together soon again. The Total series has always been like Kompakt's yearbook and to say it with the late Frank Sinatra: It was a very good year. Our family of artists delivered a strong heterogeneous mix of uplifting sounds, from the lush reveries of Robag Wruhme and Soela to the stark primetime bangers of Marc Romboy or Anna & Kittin and everything in between. Notable new entries to our crew are the Londoner KIWI with his wonderfully careless "Hello Echo" that picks up the camp disco vibes Justus Köhncke made a staple in our repertoire. Amsterdam's David Douglas delivers an xct beats and Agents Of Time's opulent Italo Disco. Yotam Avni blends Detroit techno with new age jazz that reminisces the sound of ECM artists like Jan Garbarek or John Surman. The man with the hat, Kölsch also picks up jazzier notes in his very own big room style. Youngblood Jonathan Kaspar appears twice, fortifying his status as one of the hottest beat smiths of our hometown Cologne. Total wouldn't be TOTAL without our permanent staff present in full force. As per tradition, Kompakt's founding fathers, Voigt & Voigt, Jürgen Paape, Jörg Burger, Michael Mayer as well as our Berlin outpost Sascha Funke all deliver exclusive gems that also feature on Total 20's double vinyl edition.