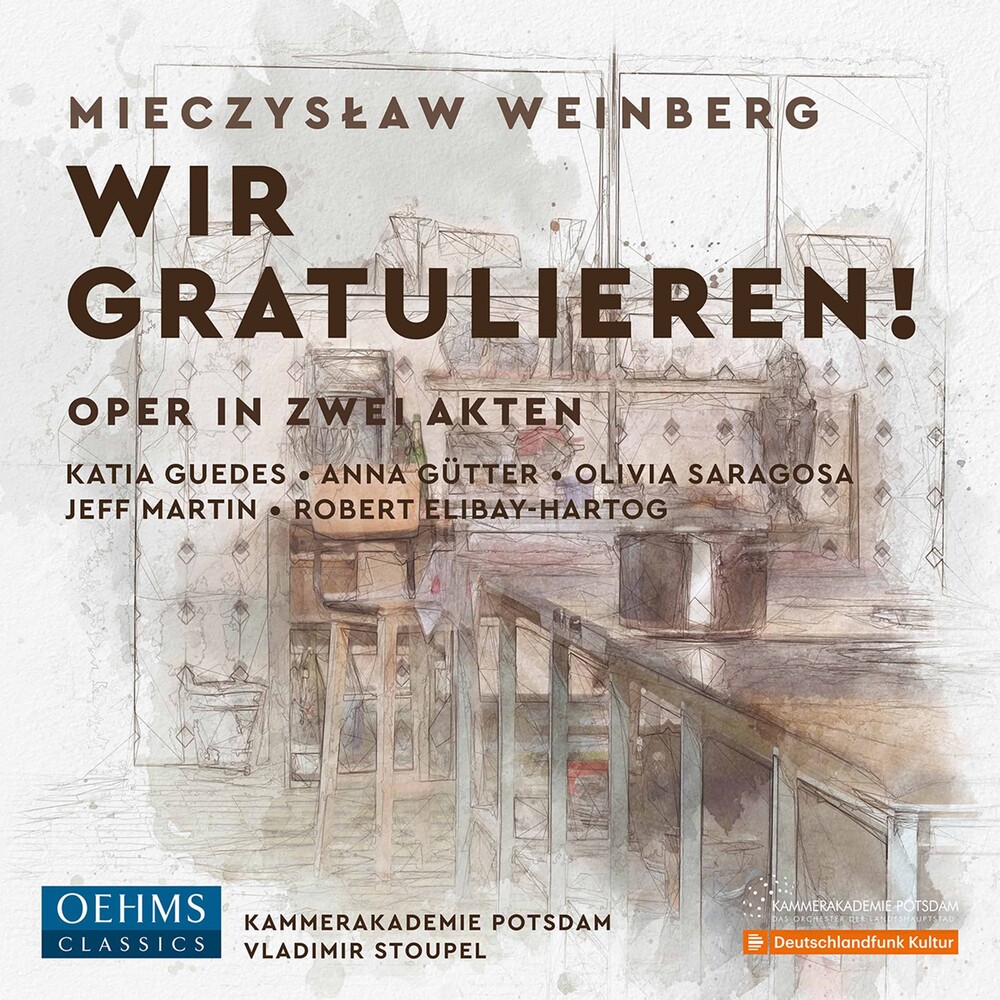 After his move to Moscow in 1943, Weinberg had to face widespread anti-Semitism, both among the population and on the part of politicians. Perhaps for this very reason, he composed the opera Congratulations! Especially for the discerning entertainment and edification of the Jewish community in Moscow in the mid-1970s. It is a work full of Jewish topoi that at the same time disguises itself as being Socialist (here, the 'rich people' are clearly identified as the enemies and suppressors, and they must be disempowered) - probably because there would otherwise not have been any chance of performing it in Russia. The original text for the opera, to which Weinberg himself made only few amendments, derives from the 'Jewish Mark Twain', from Sholem Aleichem (1859-1916). Today, we are familiar with Aleichem mainly from his short story Tevye the Dairyman, which later provided the material for the musical Fiddler on the Roof. The Kammerakademie Potsdam under Vlademir Stoupel performed the Version for Chamber ensemble by Henry Koch live from the Konzerthaus Berlin.