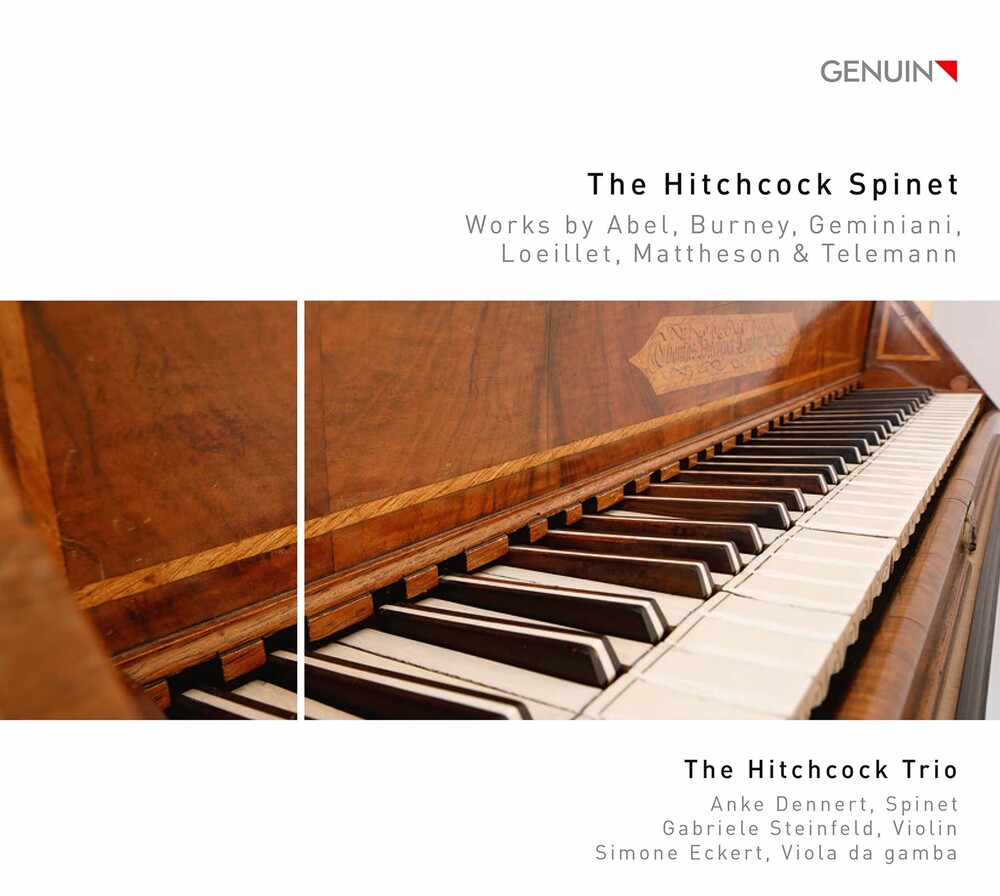 The name Hitchcock not only stands for the most famous of all British film directors, but for an important family of English instrument makers from England as well. Only a few of these sonorous and extravagant keyboard instruments have survived. The multi-stringed spinet No. 1379 from the Telemann Museum in Hamburg, with it's black keys elaborately set in white ivory, can now be heard for the first time in a recording. The Hitchcock Trio invites you to a typical middle-class salon concert as was customary throughout Europe at the end of the 18th century. Selected London compositions by Burney, Geminiani, Abel, and Loeillet (a celebrated harpsichordist of his time), as well as works by the famous Hamburg composers Telemann and Mattheson, are featured. The trio, whose members include Anke Dennert (London spinet from 1730), Gabriele Steinfeld (South German baroque violin), and Simone Eckert (Hamburg Tielke gamba from 1685), allow the expressive sounding Hitchcock spinet to shine, both as a solo instrument and in a chamber music setting.