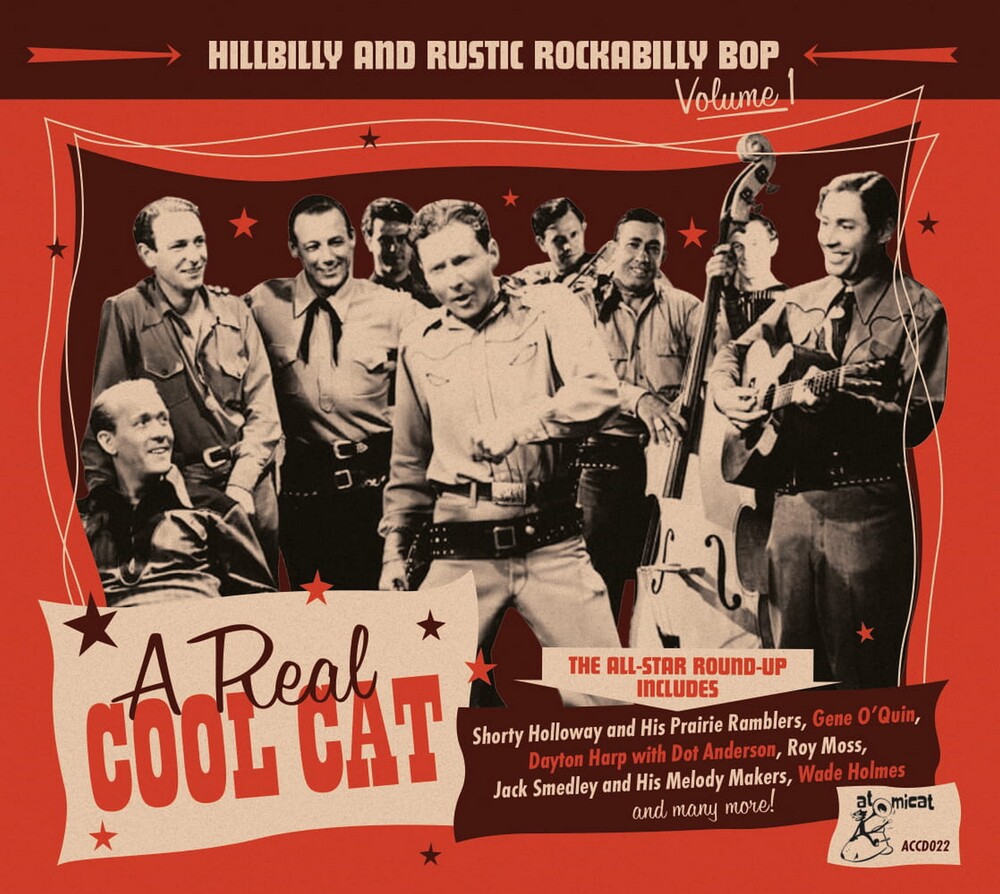 The five albums in this series will focus on tunes with a dance tempo, some great foot tapping ditties with some instrumentals included to vary the flavour. The artists within the series will be a combination of well-known artists who are placed side by side with great unknowns. There is however one common thread running through the series, the quality of the artists and their music. The pleasing array of artists on 'A Real Cool Cat' include the lesser known; Hugh Friar, Ken Marvin, Joe Price, Jack Smedley onto names who are internationally known; Frankie Miller, Jim Reeves, Lattie Moore, Red Foley, The Delmore Brothers and Stonewall Jackson to give you an inkling of the Country Bop flavour. The aim of these albums is to; entertain, introduce people to the various styles of Hillbilly and Rustic Bop tempo music, fill in gaps in people's collections and make enjoyable albums which are full of quality songs and no-fillers. These are albums compiled by rocking people, for rocking people. The musical emphasis of the series is on the 'Bop Beat' tempo and it is certain that, one person's Bop Beat can be another person's Jive Rhythm, and different countries and personal interpretation of the music is clearly acknowledged. Therefore, the music is here to be played enjoyed and not strictly categorised. This 'Atomicat' series of albums is compiled by well-known Dee Jay and face on the music scene Mark Armstrong, who has been Dee Jaying since his early teen years. Our albums have; stunning design, sleeve notes, 28 songs, mastered for the best possible sound available. The disc is housed in an attractively constructed cardboard sleeve, specially designed to avoid the use of plastic and be environmentally friendly. The album is great to play at home and perfect for Dee Jays who will find good dance-floor filling songs. The album is great to play at home and perfect for Dee Jays who will find good dance-floor filling songs.