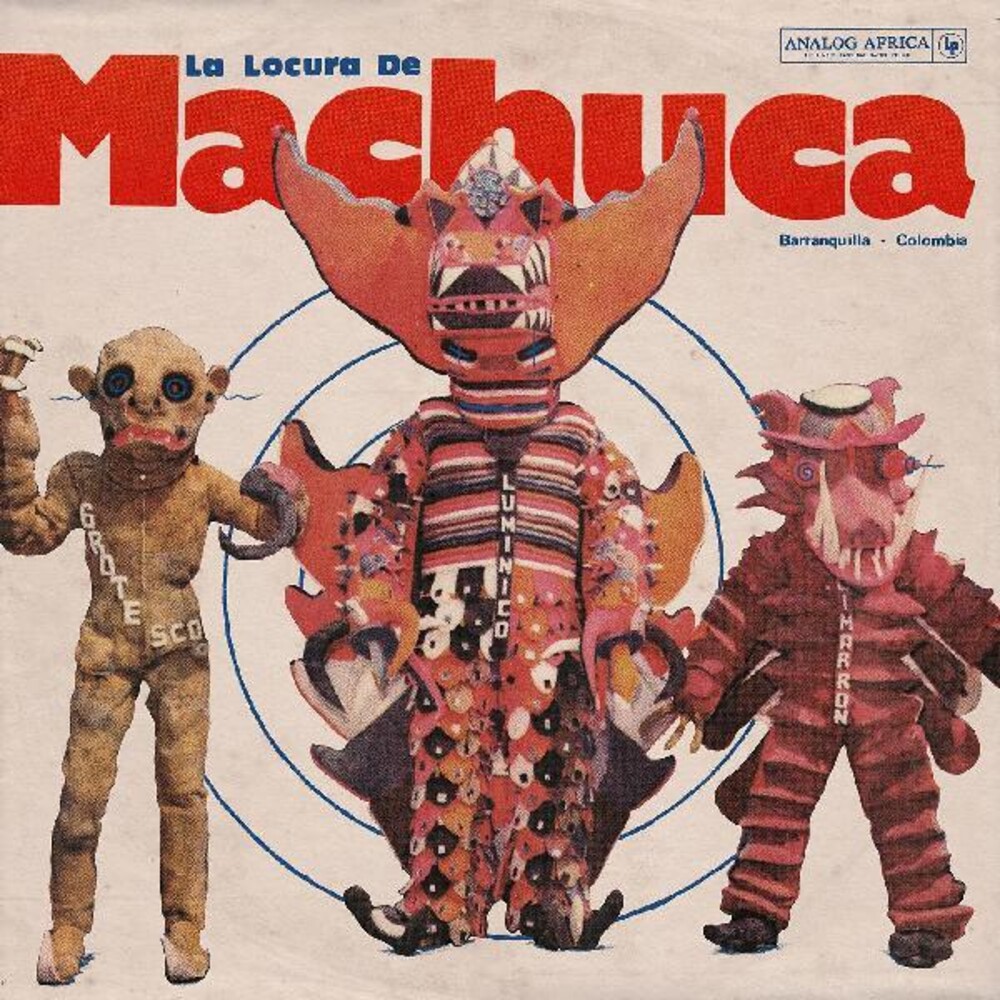 Double vinyl LP pressing comes with a full color 16-page booklet. One night in 1975, a successful tax lawyer named Rafael Machuca had his mind blown in Barranquilla's 'Plaza de los Musicos'. Overnight he went from a high ranking position in the Columbian revenue authority to visionary production guru of the newly formed record label that bore his name, Discos Machuca, and for the next six years he devoted his life to releasing some of the strangest, most experimental Afro Psychedelia Cumbias ever produced. La Locura de Machuca is the story of one man's bizarre odyssey into Colombia's coastal music underground, and the wild, hypnotic sounds he helped bring up to the surface. The Colombian music industry was thriving in the mid-seventies, but while homegrown bolero and vallenato tunes were doing well on the charts, it was imported African records that were setting crowds on fire at the picos - the sound-systems that fuelled neighbourhood parties ? and wherever those records were played there were always a handful of groups who were inspired to plug traditional Cumbia directly into the electric currents coming from across the Atlantic.