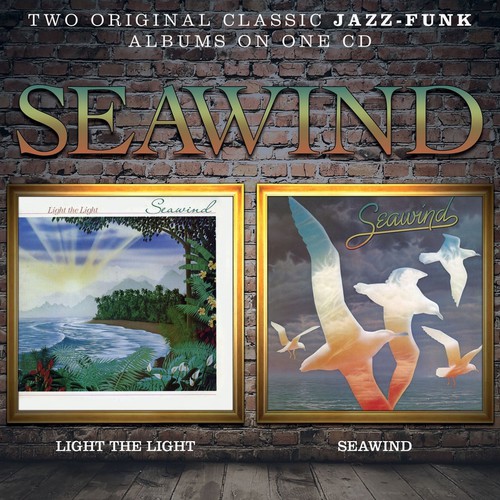 Digitally re-mastered two-fer containing a pair of albums from the Jazz Fusion band on one disc. After relocating from Hawaii to Los Angeles in 1976, Seawind signed with CTI Records before moving to A&Ms Horizon label in 1979, with famed producer (and then label head) Tommy LiPuma producing LIGHT THE LIGHT, which contained original compositions, mostly written by leader Bob Wilson with his then-wife Pauline's soulful vocals at the fore. The critically acclaimed LP reached #8 on Billboard's US Jazz charts, with the track 'Follow Your Road as a notable standout. In 1980, Seawind moved to the main A&M label with the late George Duke producing their self-titled set which included the Top 20 US R&B hit, 'What Cha Doin'. The SEAWIND LP (again featuring all original material) reached #20 on the R&B charts, #8 on the Jazz charts and #83 on Billboard's Top 200 Albums chart.