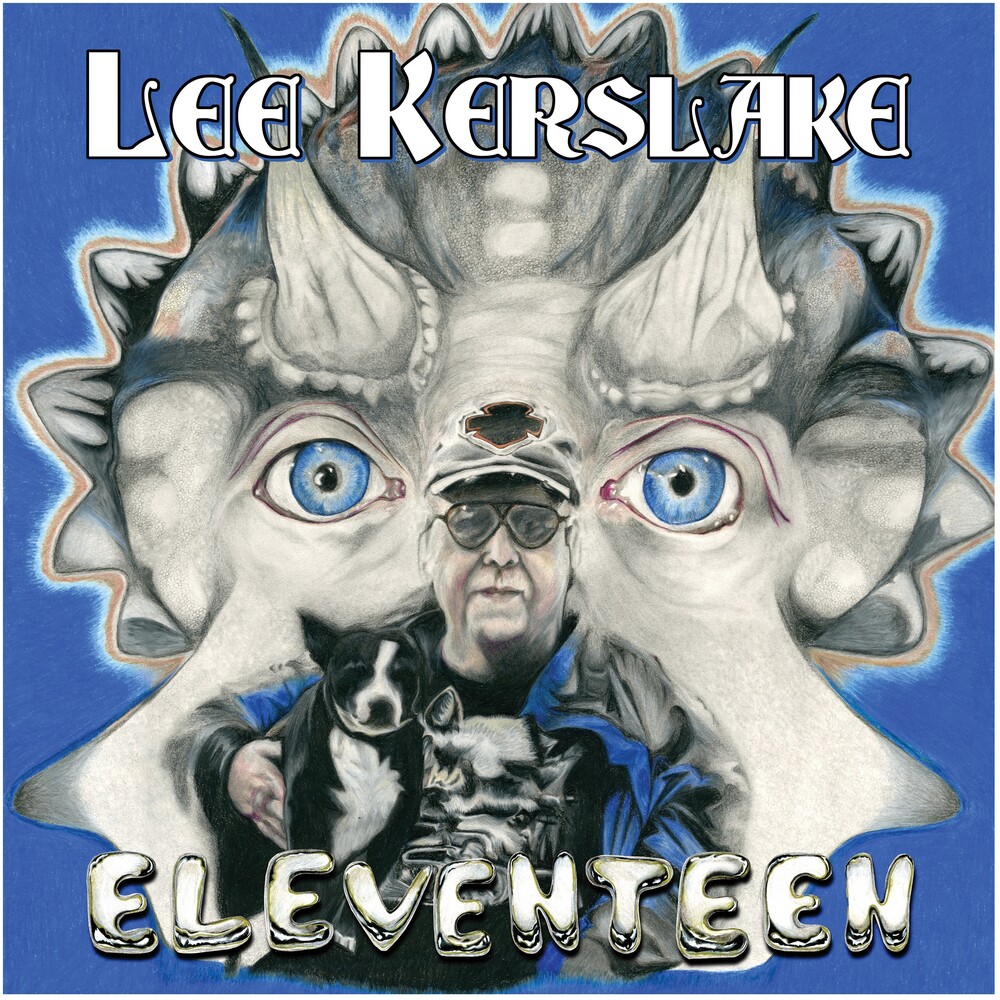 With a career that goes back to the 1960s, Lee Kerslake's first step into the rock limelight was with The Gods, recording "Genesis" in 1968 and "To Samuel A Son" in 1969. Joining Toe Fat for their self-titled debut in 1970, via 1970's "Orgasm" by Head Machine, so far Lee had shared his musical journey with multi-instrumentalist and song writer Ken Hensley. This musical connection and friendship would be further cemented in 1972 when Lee joined Ken in Uriah Heep for the classic "Demons & Wizards" LP, remaining behind Heep's drum kit for the best part of 30 plus years. Lee also found time to make cameos drumming for Ken Hensley and David Byron solo records along the way, and most notably as a founder member of Ozzy Osbourne's solo band, drumming on the multi-platinum "Blizzard Of Ozz" in 1980 and "Diary Of A Madman in 1981. He also appeared with super group Living Loud, a band featuring bassist Bob Daisley, guitarist Steve Morse, singer Jimmy Barnes and keyboard player Don Airey. Standing down from drumming full-time for Uriah Heep in 2007 due to ill-health, Lee commenced his debut solo album in 2015 with Jake Libretto, completing the album in 2019. According to Lee's notes from the album, "WOW, I have to say now the album is finished there is a great sense of achievement. It's been a little over three years to record and finish it, it took so long because I could only manage two days a week and sometimes nothing for a period of time as the chemotherapy without my permission kept me away. Never mind it's done and I am very proud of the songs. "ELEVENTEEN" is a collection of eight songs, seven of them written or co-written by Lee, and starts with CELIA SIENNA. Lee offers notes and insights for each track, and TAKE NOTHING FOR GRANTED "is based around my wife and then some," evidently with tongue firmly in cheek. WHERE DO WE GO FROM HERE, which according to Lee, "It's all to late to realise... where do we go from here? I've had to many argumentative girls in my life!!!" YOU MAY BE BY YOURSELF (BUT YOU'RE NEVER ALONE), "This song was written when Bob Daisley gave such a loving look to squish his daughter it moved me all those years ago. " PORT AND A BRANDY, according to Mick Box's dedication on the album, "The song 'Port And A Brandy' made me smile as we have shared many of them together over the years. " Next up is a heartfelt rendition of Carole King's timeless YOU'VE GOT A FRIEND, which Lee dedicates to, "all of my friends past and present who I have loved through music. " "ELEVENTEEN" concludes with the instrumental MOM, which Lee wrote for, "all the mums in the world who we should never take for granted. "Lee sadly passed away in September 2020 at the age of 73. Leaving the last word to his friend and long-time Uriah Heep bandmate: "It fills me with great pride that he achieved this as his last final musical legacy. "