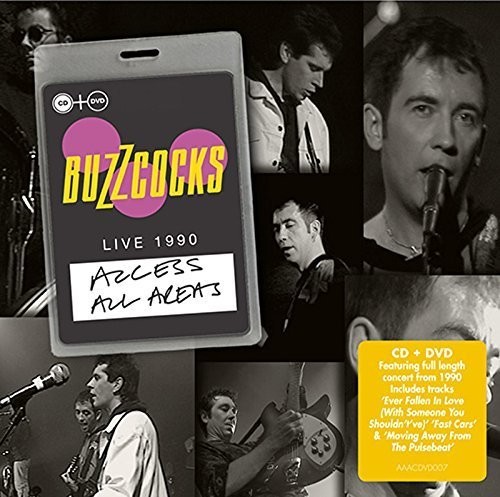 Deluxe two disc (CD + PAL/Region 2 DVD) live release. The concert was originally recorded for broadcast on ITV and released here for the first time. The high quality recording has been remastered and are featured both on a DVD and audio CD alongside extended notes, new interviews, imagery and memorabilia. Led by Pete Shelley, Buzzcocks were early entrants to the punk scene, forming in 1976 after the Sex Pistols played their native Manchester. This show from 1990, the year they reformed after a decade apart, features the classic line up of Shelley, Steve Diggle (guitar), Steve Garvey (bass) and John Maher (drums) and proves their music the staying power to remain relevant long after the new wave had broken. Highlights include their biggest hit single, 1978's 'Ever Fallen In Love (With Someone You Shouldn't' have)', alongside first album highlights 'Fast Cars' and 'Moving Away From The Pulsebeat'.