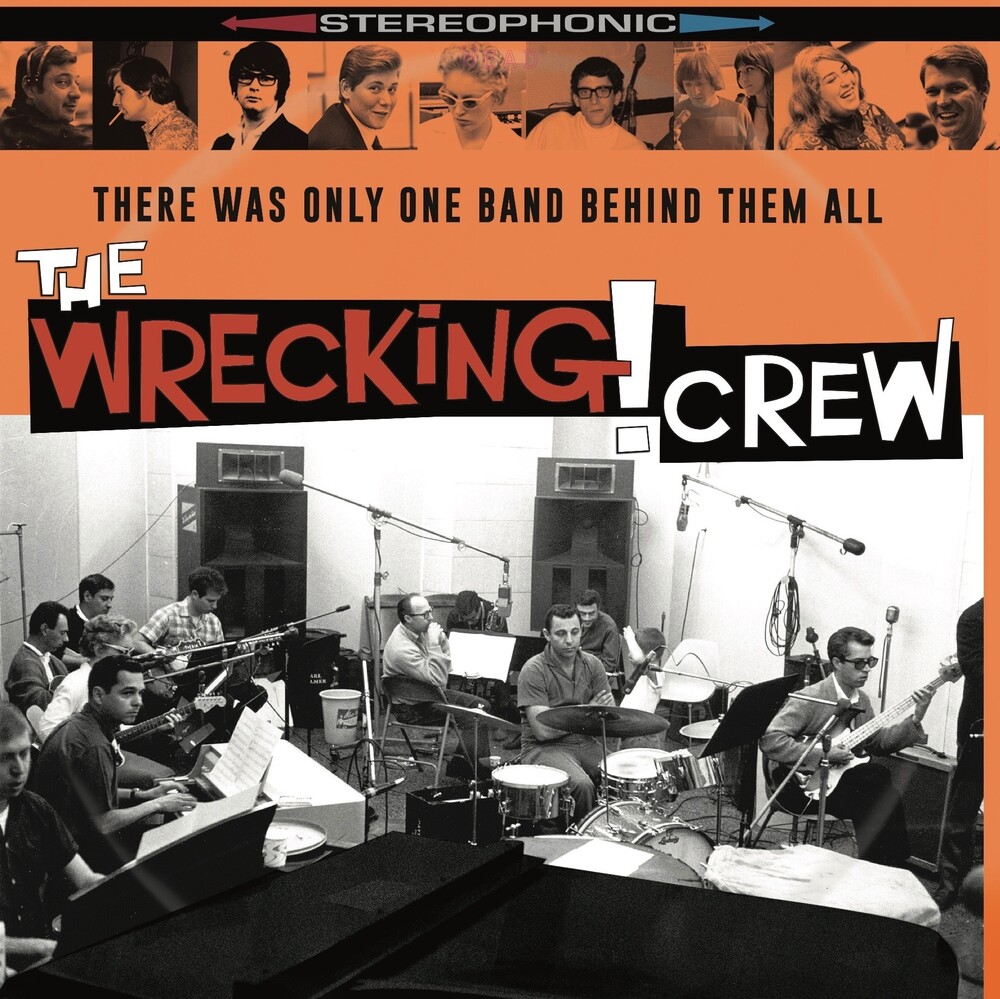 Deluxe 4 CD boxset featuring many of the biggest hits that the Wrecking Crew played on for numerous artists/bands including The Beach Boys, The Monkees, The Mamas & The Papas, The Byrds, Jan & Dean, Righteous Brothers, Herb Albert, Ray Charles, Sonny & Cher, Seals and Crofts and more.The Wrecking Crew was the "house" band for West Coast Pop/Rock hits from the U.S. in the mid-60s. The combined firepower of these studio giants performed on countless hits helping fuel tens of millions of dollars in single and album sales. If you listened to songs by The Beach Boys, Glen Campbell, The Fifth Dimension, The Mamas & The Papas, The Turtles, The Monkees and scores of others, they all relied on spontaneous tasty licks/fills these pros provided to flesh out and finish ideas.This deluxe 4CD boxset illustrates part of the story of "The Wrecking Crew". This is the first time this grouping of songs has ever been put together. Each song was chosen because of a connection to the Wrecking Crew session musicians. The credits of the musicians listed were compiled from contracts provided by the American Federation of Musicians.Track Listing