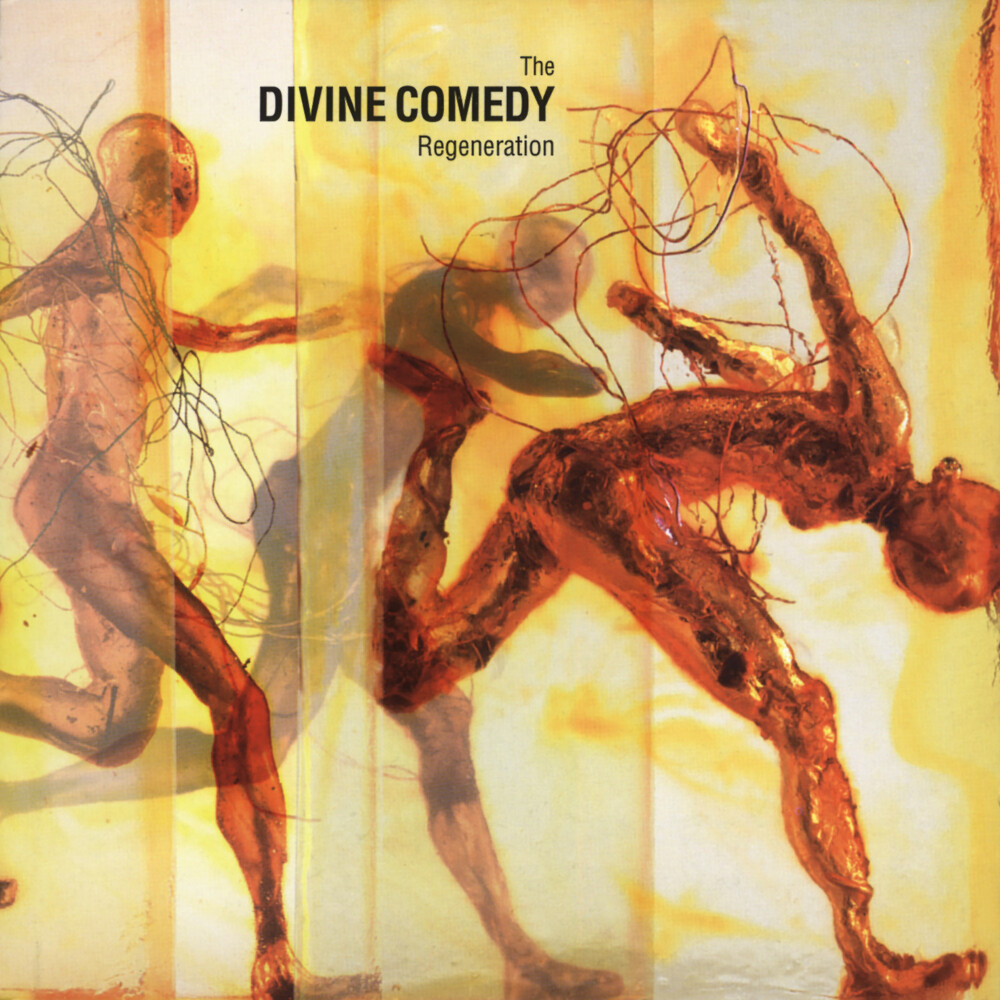 Vinyl LP pressing. Regeneration is the seventh studio album by The Divine Comedy, originally released in March, 2001. On 12 March 2001. Three singles were released from the album: "Love What You Do", "Bad Ambassador" and "Perfect Lovesong". Produced by Nigel Godrich, known for his work with Radiohead, this album is distinctly different from Neil Hannon's other work and was darker in tone than what The Divine Comedy's listeners had come to expect. It leans towards more stripped-down, somber tunes than the catchy, orchestral-driven songs for which the band are best known. In this respect, the album is slightly reminiscent of the debut Fanfare for the Comic Muse. It is a more group-concentrated effort, hence the more organic sound.