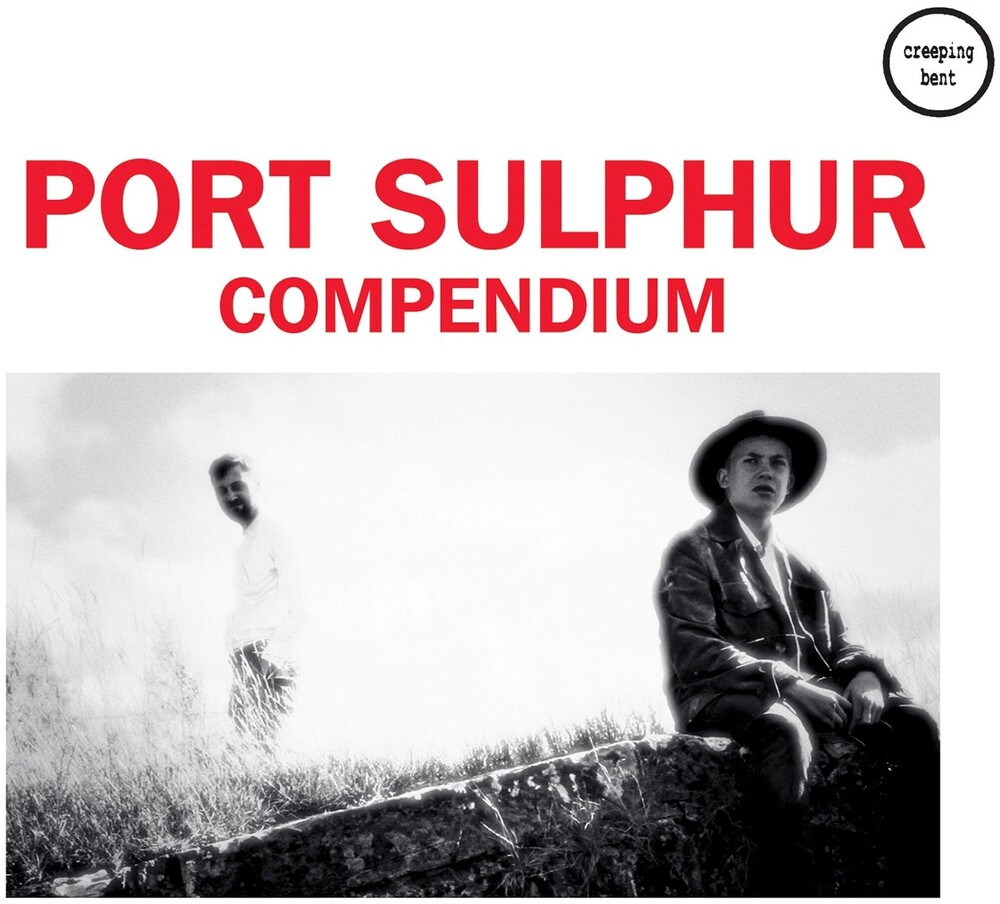 Compendium is a fitting title for the debut album by Port Sulphur, the album is essentially a triptych of disparate aural concepts and as such is a compendium of Sulphur works to date. The Sulphur modus operandi on these recordings was based on collaborative collectivism, working largely with artists associated with The Creeping Bent Organization. The co-operative aesthetic was based on contributions by people who were of (and informed by) punk - Alan Vega, Vic Godard, Gareth Sager, Jock Scot, James Kirk, and Davy Henderson. Allied to this was the valued input of contemporary artists who are part of the gravitational pull of Green Door Studios in Glasgow. Compendium contains a triptych of works (Biblioteca, Paranoic Critical, Companion Set) which all feature distinct approaches. Biblioteca features collaborative pieces in alliance with Davy Henderson and James Kirk, both of whom were centrifugal forces in the Fast Product (Edinburgh) and Postcard (Glasgow) independent movements. They also contribute to the Paranoic Critical section of the album, which is largely dictated by random element disassociation, not dissimilar to Eno's Oblique Strategies of Luke Rhinehart's Dice Man. The final section, Companion Set, features tracks created to evoke the cultural stimuli of club culture in Edinburgh from the early 1980s, particularly Valentino's and J.J.'s, which in turn filtered design aesthetics influenced by Dada and the Situationists. All artists / musicians featured on this album contributed massively to the outputs, which is also true of the designers, directors, and photographers involved with the project.