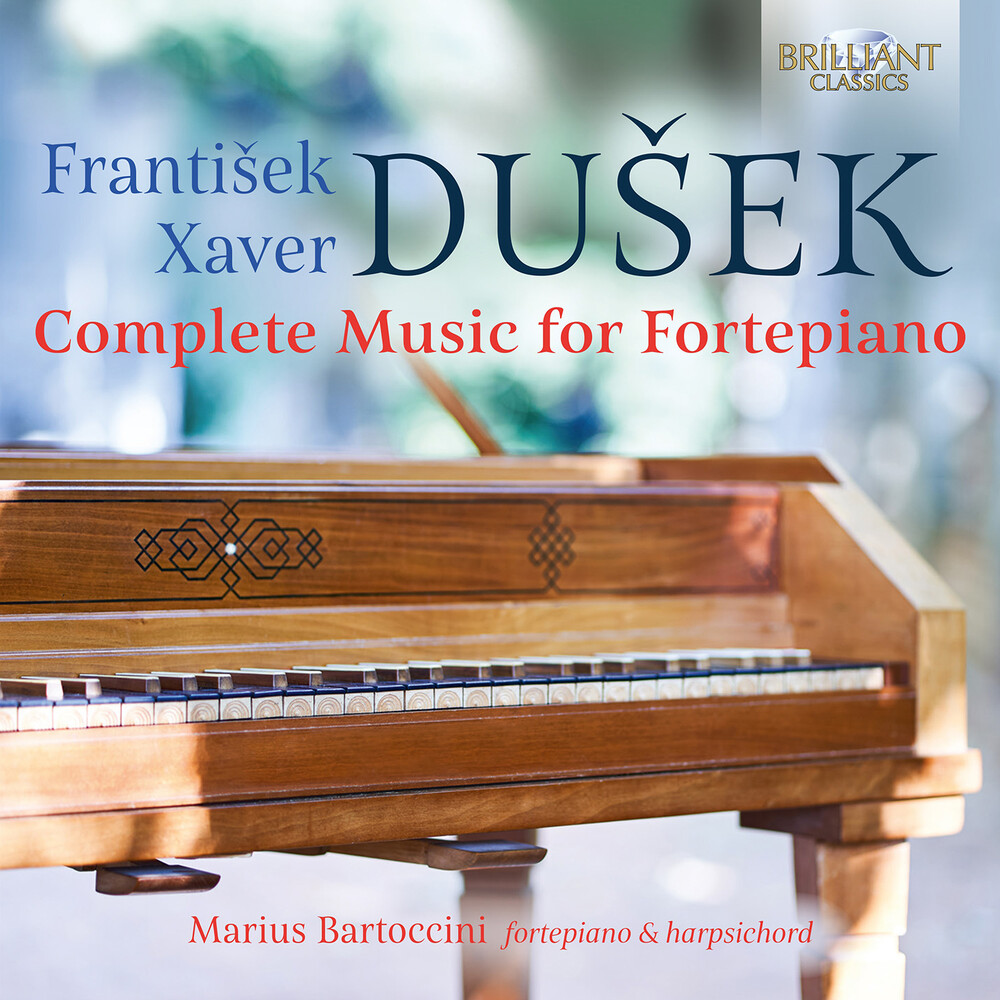 Just as Brilliant Classics has completed a notable discographic first with the complete keyboard works of Jan Ladislav Dussek, Beethoven's Bohemian contemporary, on instruments of the period, it now presents the first-ever complete survey of an unrelated predecessor. Across 24 numbered sonatas, a divertimento, a set of variations and a handful of works for keyboard duet, Frantisek Xaver Dusek comes to life as not merely a Czech contemporary of Mozart but the father of the Czech piano school. Born in 1731 and of humble origins, Dusek studied in Prague and Vienna, then himself became teacher to many composers including Leopold Kozeluh and one of Mozart's sons, Carl Thomas. Mozart himself stayed at his villa in 1787 and wrote portions of Don Giovanni. Dusek died in 1799 at the age of 67, having outlived many of the Classical era's most renowned composers, with the notable exception of Haydn. Thus his own output traverses the era, beginning with the Baroque conventions and youthful high spirits of his early sonatas (including the C major Sonata for four hands). The second phase of Dusek's output displays stylistic traits of the Empfindsamkeit movement headed by C.P.E. Bach, though only one of the 24 sonatas is cast in the kind of turbulent minor key characteristic of the movement. In the third phase, Dusek's individual voice is most impressively developed, reaching a peak with the Sonata No.10 (the sonatas are not numbered chronologically). The magisterial elegance of the sonata's first movement, allied to a sensitive handling of melody and harmony, makes it one of the most precious examples of Bohemian musical art in the second half of the 18th century. There is even a premonition of Schubertian lyricism in the late Sonata in C for four hands.