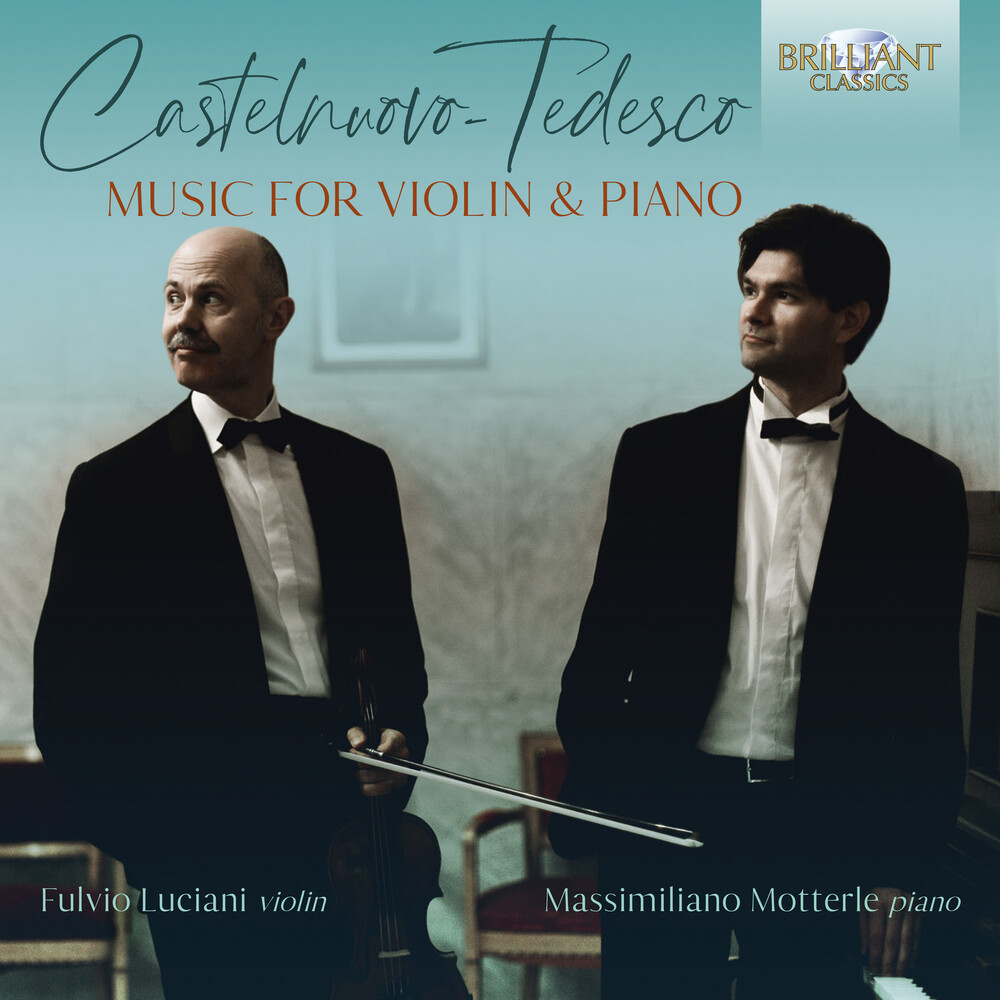 Forced into exile from his native Italy by the onset of Fascism, Mario Castelnuovo-Tedesco sailed to the US in 1939. He arrived at dawn one muggy summer morning, and immortalized the moment, a turning point in his life and his music, in the finale of his Third Violin Concerto. The piece was commissioned from him by Jascha Heifetz, both to give himself an impressive new commission from a young and talented but not too radically inclined composer and as a way of helping a fellow émigré find his feet in a new and strange land. Castelnuovo-Tedesco certainly wrote with Heifetz's technique in mind as well as his predilection for big cantabile melodies. Despite it's concerto title, the piece was conceived for violin and piano like a sonata. The moods of the work, cast in traditional three-movement form, mirror the composer's own, shifting from initial confusion to nostalgia to ebullience. However, Heifetz did not care for the piece, especially the finale, and it lay unplayed until this pair of Italian musicians gave it's first performance of modern times in 2016. Writing in the booklet, Fulvio Luciani considers it 'one of Castelnuovo-Tedesco's major works'; this is it's second recording, but Luciani and Motterle enjoy a familiarity with the music unrivalled by any other living interpreters. As well as several attractive miniatures dating from the composer's pre-war years in Italy, Luciano and Motterle also present the first recordings of his postwar arrangements of piano music by Chopin and Brahms. They are acts of love on the part of a pianist that engage with the violin, and the outcome is remarkably fresh and persuasive.