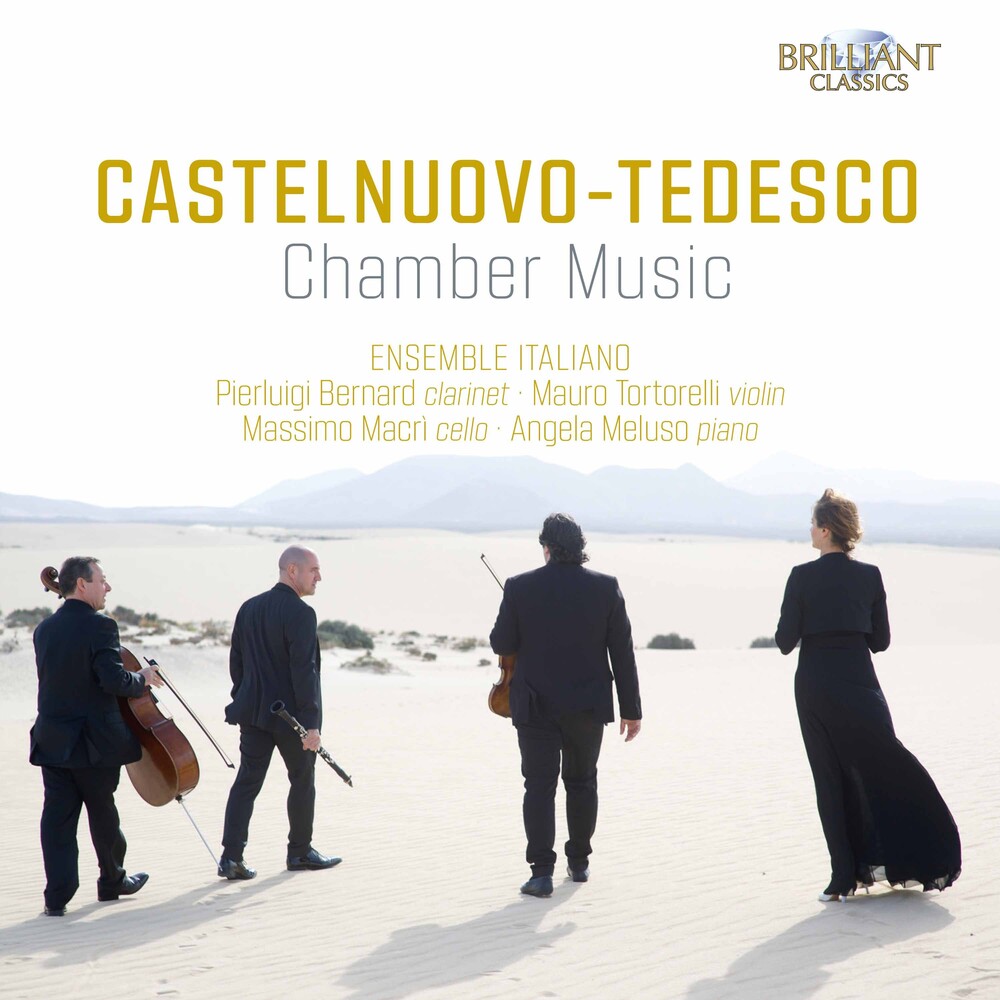 Not least thanks to a growing catalogue of albums on Brilliant Classics, the multi-faceted work of Mario Castelnuovo-Tedesco (1895-1970) is experiencing a renaissance. The guitar music he wrote for Segovia has until recently overshadowed the vocal and chamber pieces which speak with the composer's own voice, that of an Italian lyricist at heart whose intimate acquaintance with world literature and the whole history of music - he was fluent in at least six languages - lend cosmopolitan charm and a lightness of touch to a style encapsulated by '20th-century Impressionism'. Both the Cello Sonata Op.50 (1928) and the Second Piano Trio (1932) date from Castelnuovo-Tedesco's early maturity in Italy, when he was known as a musical man of parts, equally adept as a performer, a composer and a writer on music. The two-movement form of the Cello Sonata is unusual but successful, capitalizing on the solo instrument's propensity for long cantabile lines with a spaciously unfolding opening arioso, followed in Beethovenian fashion with an 'arietta con variazioni' that does indeed evoke a mood of 18th-century elegance. The G minor Piano Trio, as befits it's key signature, is a much more turbulent work, even in it's central Romance with variations. Castelnuovo-Tedesco composed his Clarinet Sonata towards the end of the Second World War, having emigrated to the US in 1938, in flight from Mussolini's persecution of the Jews. He appears not to have had a particular performer in mind, though the clarinet was enjoying new-found status as a solo instrument due to Benny Goodman's commissioning of pieces from the likes of Copland and Milhaud, and his colleague on the composing staff at MGM Studios, Nathaniel Shillkret, was also a fine clarinetist. The Sonata's Classical four-movement structure is infused with Romantic melody, shimmering piano textures and jazz-inflected harmonies.