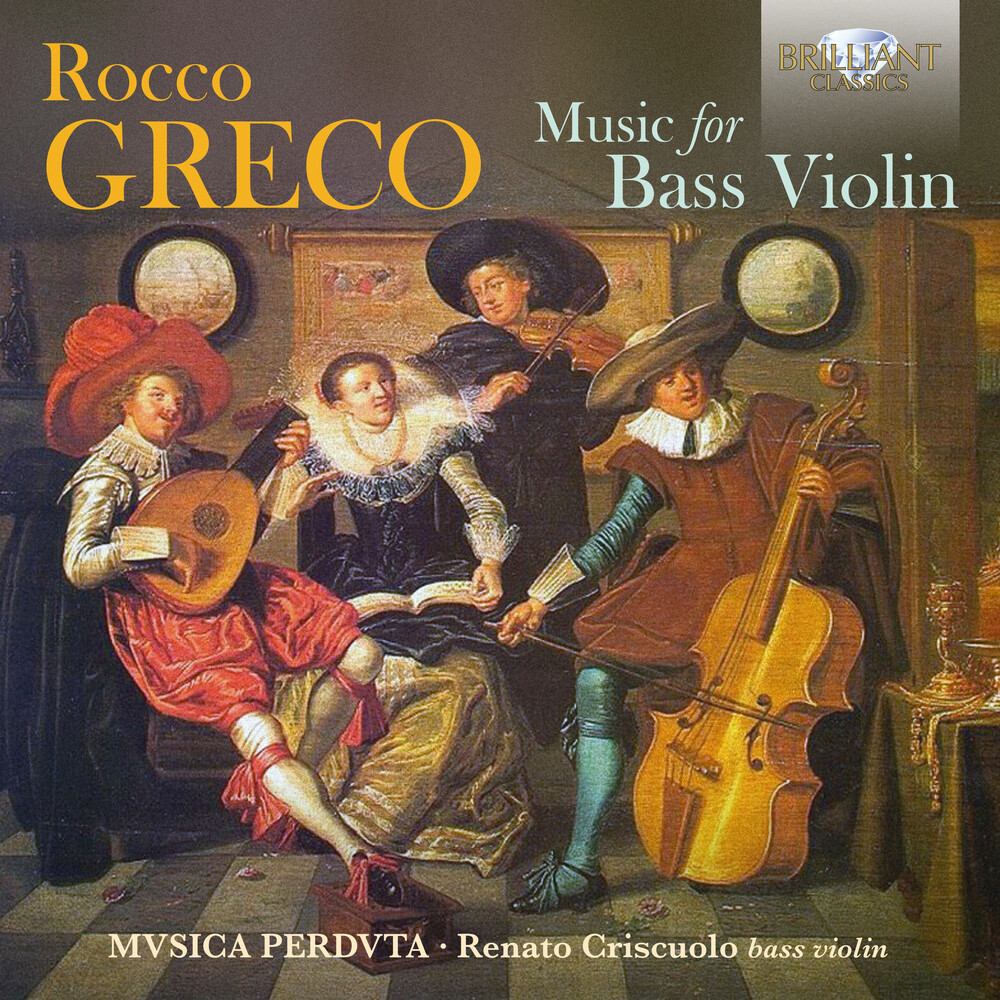 The early-music cellist Renato Criscuolo and his Musica Perduta ensemble have specialized in reviving vocal and chamber music by Italy-based composers from the 17th and 18th centuries, producing well-received albums of Francesco Maria Zuccari (94306), Nicola Porpora (95279), Pergolesi (94763), Handel (94426) and others. Their latest album revives the name and the music of Rocco Greco, a cellist-composer who can be considered the founder of the distinguished Neapolitan cello tradition that later produced more renowned names such as Lanzetti and Caporale. Few personal details are known of Greco's life. He lived in Naples during the second half of the 17th century, dying there at some point before 1718. As an instrumentalist recorded as working in the Viceroy of Naples' private chapel, he was known for his virtuosity on the bass violin, a forerunner of the cello and tuned one tone below it. The bow was held underhand, like a viola da gamba. Greco produced a collection of 28 'Sinfonias' - sonatas, we would now call them - for two viols, demanding a virtuoso technique in the quick movements and the opportunity for elaborate ornamentation in the slow movements. Criscuolo intersperses 13 of these sinfonias with brief and untitled movements and with instrumental contrafacta of a pair of motets by Greco. To perform and record this music for the first time in the modern era, he and his colleague Andrea Lattarulo have used modern copies of bass violins, playing at Neapolitan pitch and joined in some of the sinfonias by a light continuo accompaniment or theorbo, harpsichord and/or chamber organ.