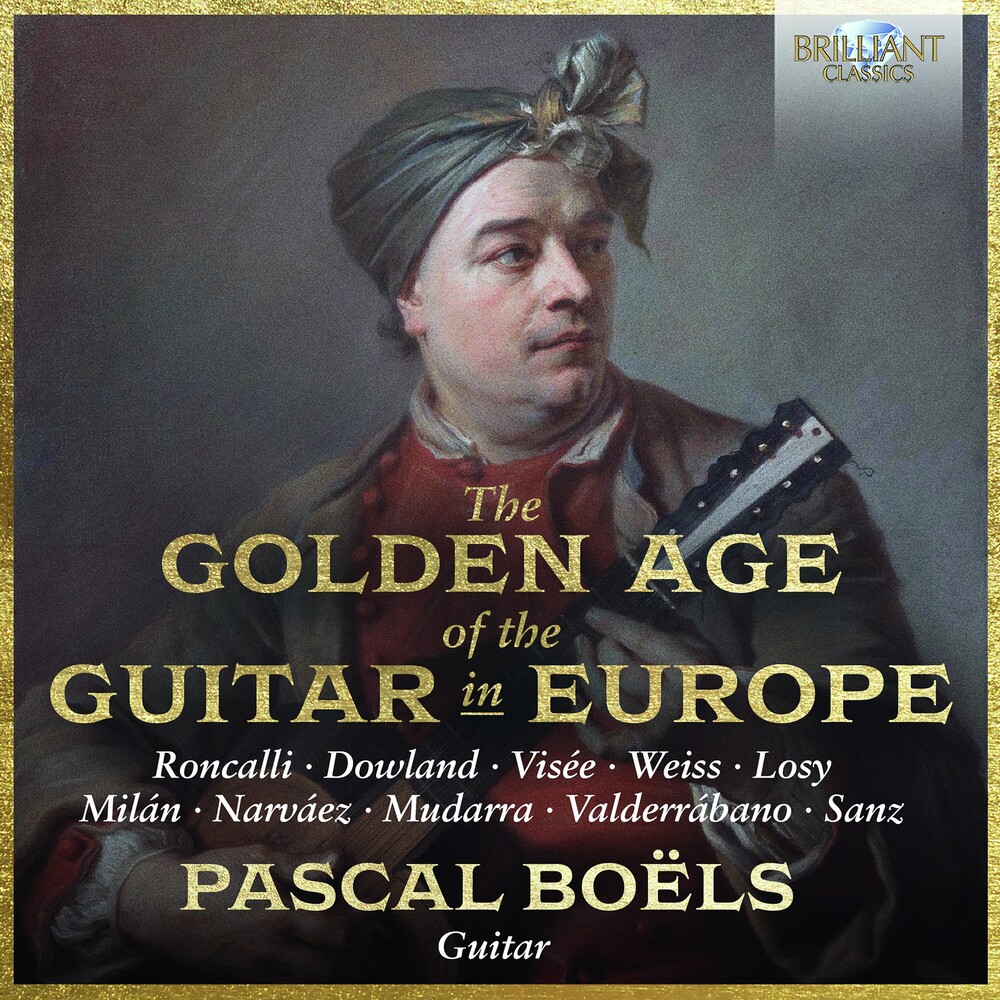 One of the world's foremost experts on the 10-string guitar, Pascal Boels offers us a cross-section of the finest music for his instrument from around Europe in the Renaissance and the Baroque. He identifies this as the guitar's 'golden age' - rather than the later proliferation of guitar music in pre-Romantic Europe, from Spain and Italy through Paris, London and Vienna, even as far as Moscow - because in the 16th and 17th centuries, the guitar and it's plucked-string ancestors reigned supreme, whereas the later guitar music, although often of great quality, could not compete with the genius poured by the great composers of the day into the fortepiano. Renaissance Spain in particular was a bastion of the art, where the 12-string vihuela inspired an immense corpus of great quality, often enhanced with the mystical qualities of plainchant. The musical range on Disc Two of this set is quite comprehensive: court music, fantasies, variations or glosses on secular melodies (Josquin des Prez's Mille regretz for example) and liturgical music. As the piano did in the 19th century, the vihuela in the Renaissance served as a platform for reductions of works for larger forces, making the great polyphonic music of the time more readily accessible to the masses and to individual players. The artist devotes Disc One to lands further north, where the guitar was often overshadowed by the lute, especially in England and Germany. Yet a portrait of this age in Europe would not be complete without the lute players Dowland (early Baroque) and Weiss (late Baroque) whose music is a perfect match for Boels' instrument. This very personal selection is a small but evocative sample of a vast yet paradoxically little-known repertoire, that nevertheless goes a long way to helping the classical guitar further stand the test of time.