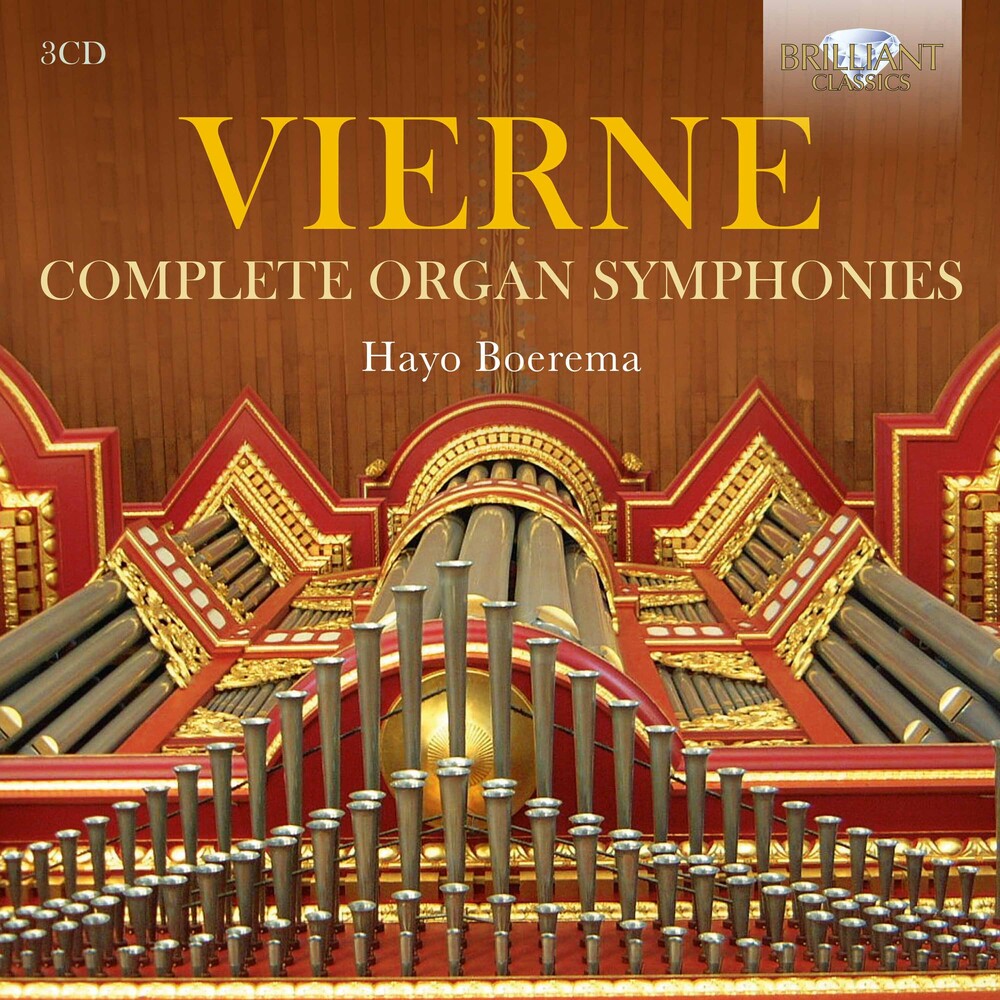 Some years before graduating from the Paris Conservatoire with a coveted first prize in 1894, Louis Vierne was serving as an assistant to his teacher, Charles Widor, both at the Conservatoire itself and at the Church of Saint-Sulpice. Both in teaching and composing he upheld and developed the heritage of the French organ school, which was maintained by his students such as Henri Mulet, Marcel Dupré and Nadia Boulanger. In 1900 he won the most coveted post of all as titulaire at Notre-Dame, placing him in charge of the instrument which had already attained iconic significance as the masterpiece of it's designer and builder, Aristide Cavaillé-Coll. In developing beyond Franck and Widor the genre of the symphony for solo organ with the superb sextet of works recorded here, Vierne was inspired by the orchestrally conceived instruments of Cavaillé-Coll. He created whole new families of stops and voicing and coupling mechanisms that allowed an organ to imitate virtually every instrument of the orchestra. This enabled composers to write for the organ as if it were a symphony orchestra. Vierne's six symphonies attracted admiration from the unlikely quarter of Debussy, and they exercised a formative influence on the young Messiaen. All six symphonies are cast in minor tonalities, with an expressive key signature of cavernous Gothic gloom periodically illuminated, especially in the finales, by brilliant shafts of light, and by flowing currents of melody in the gentler Andante movements, swirling like incense in the heavy air. Hayo Boerema recorded this newly released set of the complete symphonies on the superb Marcussen-built organ at the main church in Rotterdam, the Laurenskerk, where he has been organist since 2005.