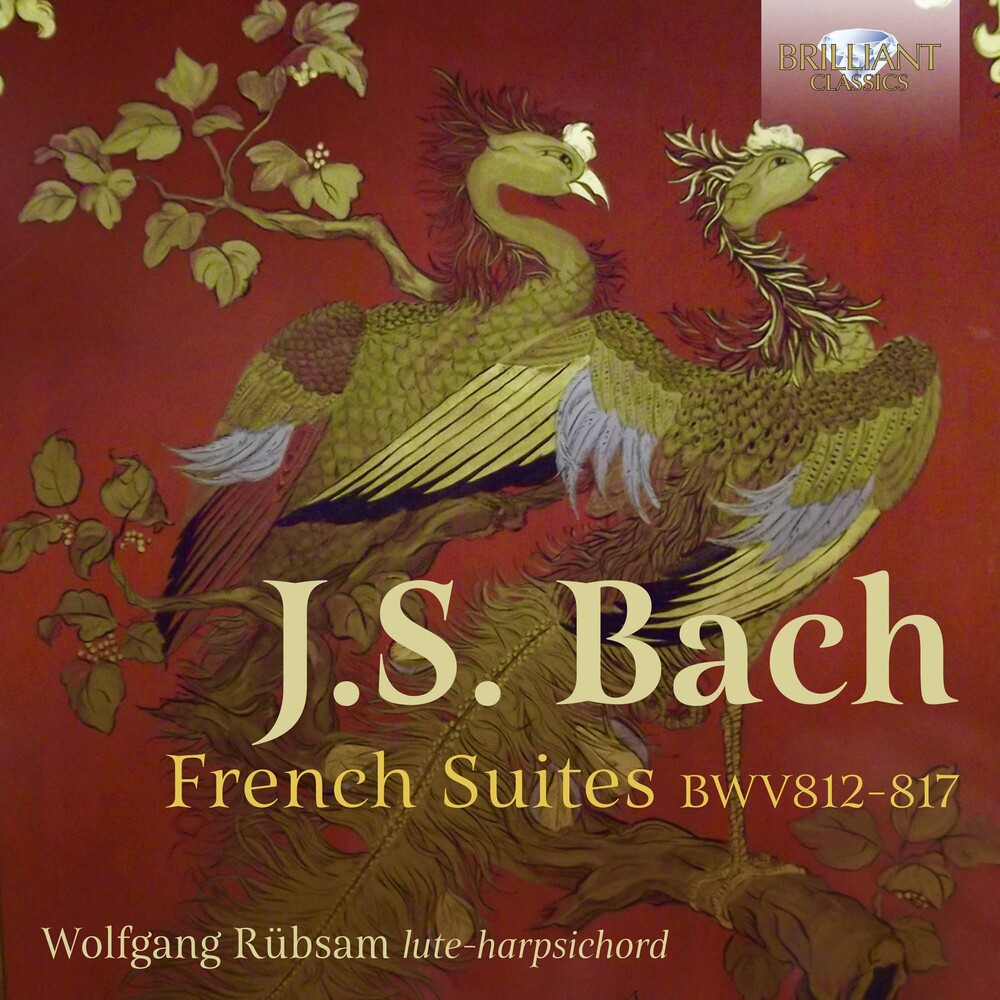 The title of French Suites does not originate from Bach's hand: they were called "Suites pour le clavessin" by the composer. To judge from the number of copies made by his pupils, they likely played a significant role in domestic music-making in Bach's home and in his teaching, and they remain among the most approachable of Bach's keyboard works for performer and listener alike. As in the English Suites, Bach included the customary sequence of allemande, courante, sarabande and gigue, with additional short movements between the sarabande and gigue. Unlike the English Suites, however, they have no preludes and are generally of a more modest scale, both less stylized and less demanding in technical terms. Wolfgang Rubsam is internationally known as an authoritative Bach interpreter, from recordings of the organ and harpsichord on several different labels. He has recorded the French Suites before, on the piano. Made in March 2020, this new account is played on the kind of lute-harpsichord that Bach would have had at home for both music-making in the family and for teaching. The touch required and the sonority produced is delicate, subtly shaded and closely related in it's effect to the music of Bach's French contemporaries, whose music he knew well, such as Francois Couperin, Jean-Philippe Rameau and Louis Marchand. The cantabile style of playing heard in these marvelous performances is directly inspired by the instrument, a lute-harpsichord built for Mr. Rubsam in 2015 by the acclaimed American instrument-maker Keith Hill.