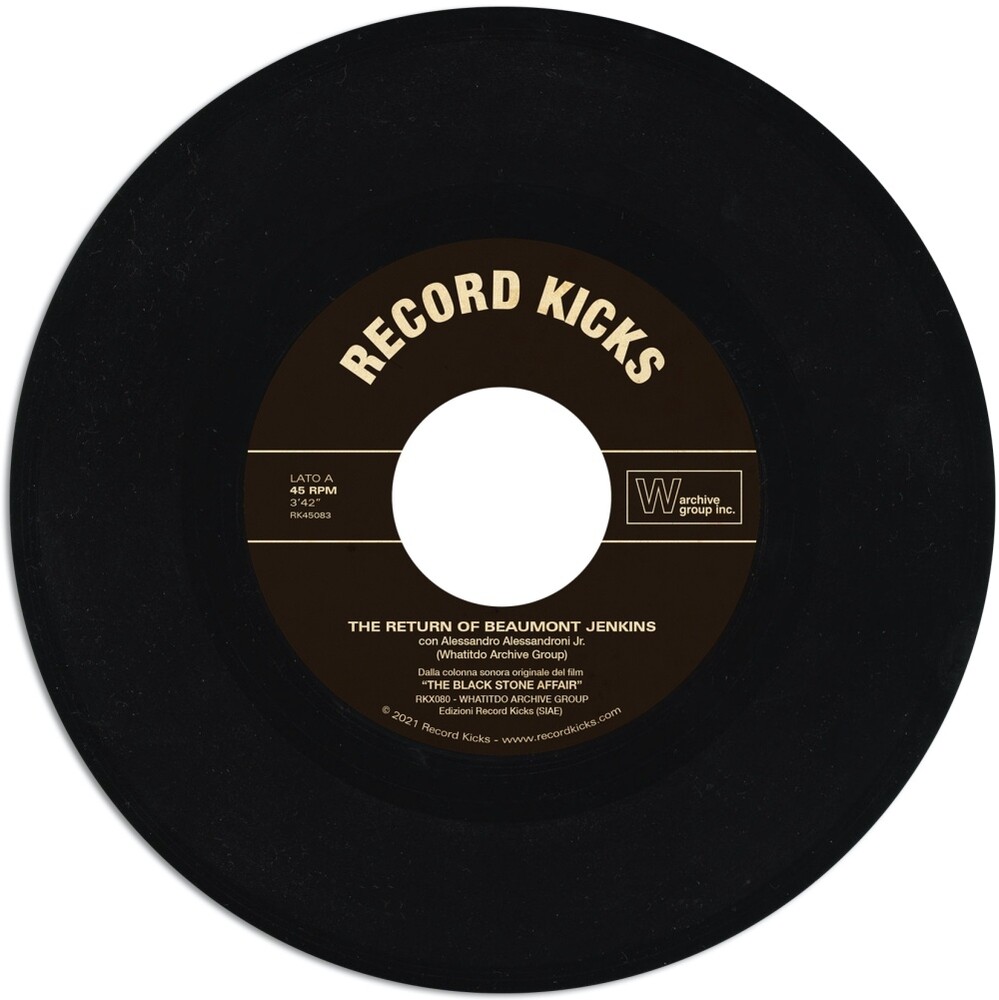 Record Kicks presents "The Black Stone Affair" the lost Italian Cinematic Masterpiece by Whatitdo Archive Group on limited edition 45.  For the first time ever, Record Kicks is pleased to announce the release of the long lost soundtrack by Whatitdo Archive Group to the Italian Cinematic Masterpiece "The Black Stone Affair'. The Soundtrack will be released on April 09 on Gatefold LP, CD and Digital Download. The first extract from the movie soundtrack is a limited edition 45 vinyl featuring "The Return of Beaumont Jenkins" on side A and the non-album bonus track "La Pietra" on side B. The 45 will be released in limited edition to 500 copies worldwide next March 05.  Long thought to be lost alongside the movie itself by the production studio, the soundtrack's master reels were recently recovered and it's audio meticulously restored and remastered by J.J. Golden in Ventura, CA. The movie itself was understood to be unusual for it's time: a globetrotting adventure/western-noir written and directed by aspiring visionary, Stefano Paradisi. Unfortunately for Paradisi, the tragic loss of his masterpiece also meant the end of his short lived career in movies. People who worked on the film have been cited as saying this film was going to be a turning point in Italian cinema and henceforth put Paradisi on the map alongside the likes of Fellini and Antonioni.  While the movie never saw the light of day, the soundtrack by obscure band Whatitdo Archive Group has thankfully been recovered. The music itself is staggering to hear and this limited edition ultra groovy 45 is just a little appetizer of what you'll be hearing on the LP. Rare groove and soundtrack fans don't sleep on it.