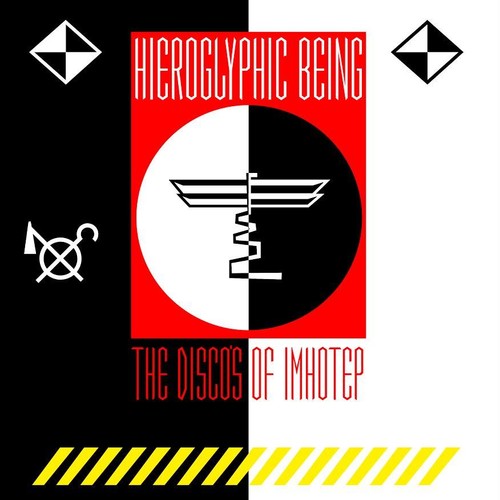 Jamal Moss aka Hieroglyphic Being will release his definitive solo album of 2016 - "The Disco's Of Imhotep" - via Ninja T u n e ' s Te c h n i c o l o u r i m p r i n t o n 5 t h A u g u s t. Releasing prolifically on his own Mathematics Recordings imprint and a clutch of other imprints including RVNG Intl. And Soul Jazz / SOTU; Moss has cemented his stature as a unique creative force. He balances his ancient heritage and musical DNA with a passion to experiment, create and channel music as a healing force, which has resulted in his art being tagged "Afrofuturist". Moss, however, prefers to describe his output as Synth Expressionism / Rhythmic Cubism and would rather be viewed simply as a promoter of Nubian Rights. HIGHLIGHTS:  Heavyweight 180g vinyl LP, includes MP3 download code  Artwork by Joe Durnan