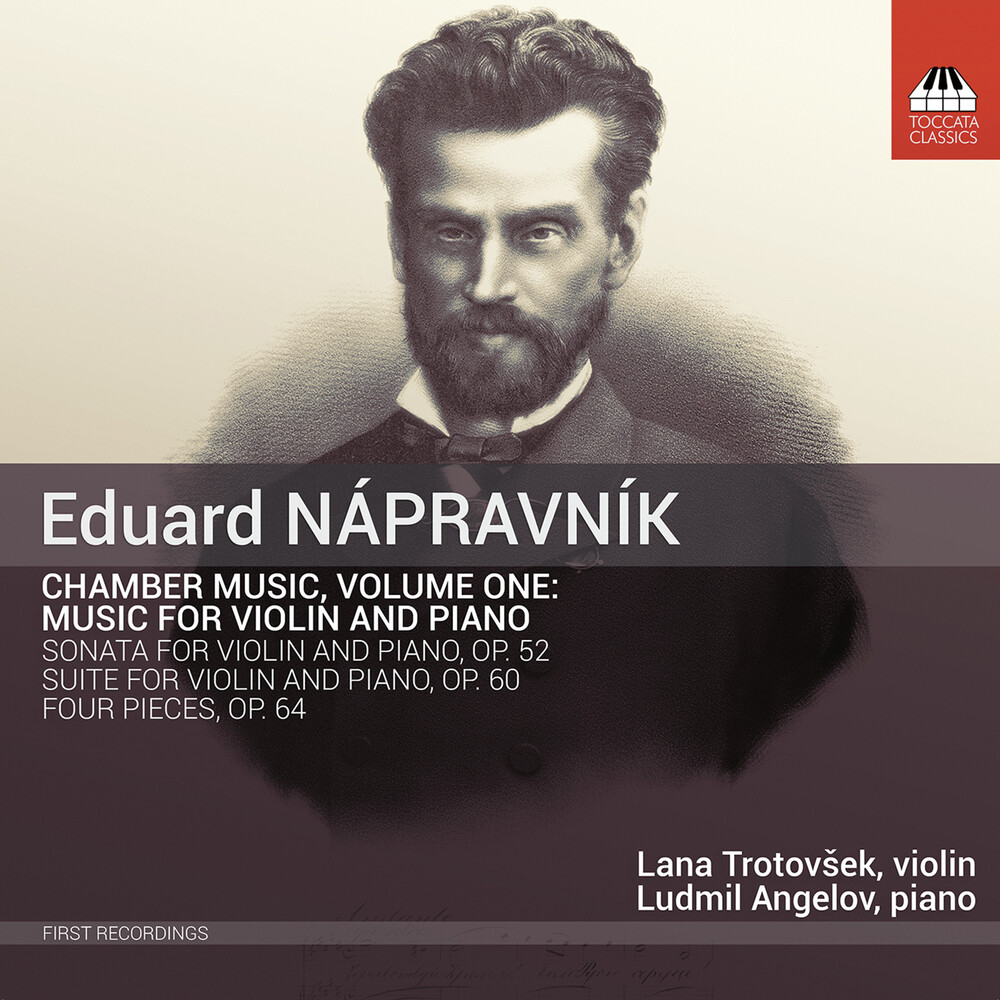 The Czech-born Eduard Nápravník (1839-1916) became one of the pivotal figures in the musical life of nineteenth-century Russia: as conductor of the Imperial Mariinsky Opera in St Petersburg, he gave the premieres of some of the most important Russian operas, among them Mussorgsky's Boris Godunov, six by Tchaikovsky and nine by Rimsky-Korsakov. But his own music has largely been lost from sight - a fate it emphatically does not deserve, as these three works for violin and piano prove: big-hearted and big-boned, replete with passionate Tchaikovskian melody, they reveal a composer ripe for rediscovery.