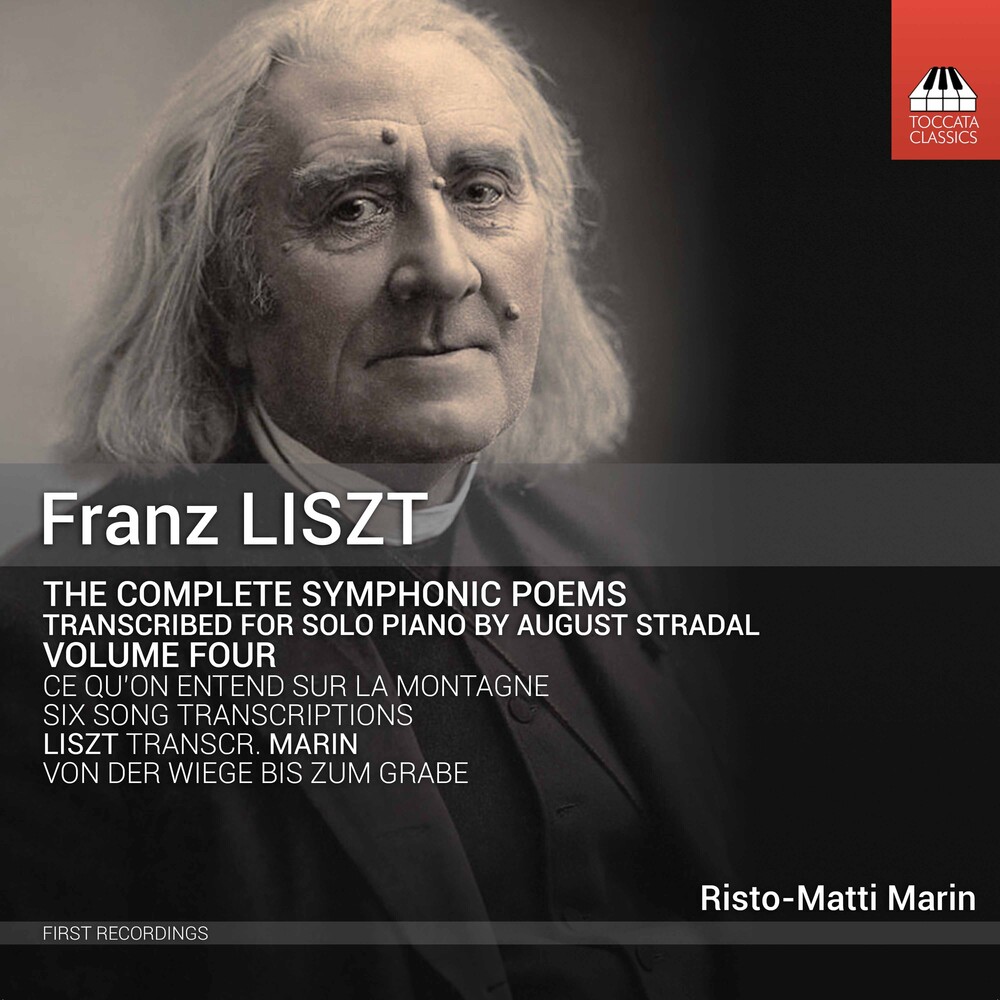 Although Liszt's thirteen symphonic poems exist in two-piano transcriptions prepared by the composer himself, it was his Czech student August Stradal (1860-1930) who transcribed twelve of them for solo piano - versions which demand almost superhuman virtuosity. Stradal died before he could tackle the last of the symphonic poems, Von der Wiege bis zum Grabe; Risto-Matti Marin has made good that lacuna with his own virtuoso transcription, and adds six of Stradal's transcriptions of Liszt songs for good measure. The Finnish pianist, Risto-Matti Marin, began his piano lessons at the Kuopio Conservatoire as a pupil of Jouni Räty and continued with professional studies there under Jaakko Untamala. In 1998 he transferred to the Sibelius Academy to study with Erik T. Tawaststjerna, and from 2002 onwards also studied with Teppo Koivisto. He gained a Master's degree in music in 2004. Since 2005 he has studied at the Sibelius Academy DocMus department. Winner of the first prize in the Kuopio Piano Competition in 1996 and the Helmi Vesa Piano Competition in 1999, Marin was awarded the third prize in the Weimar International Franz Liszt Piano Competition in 2003.