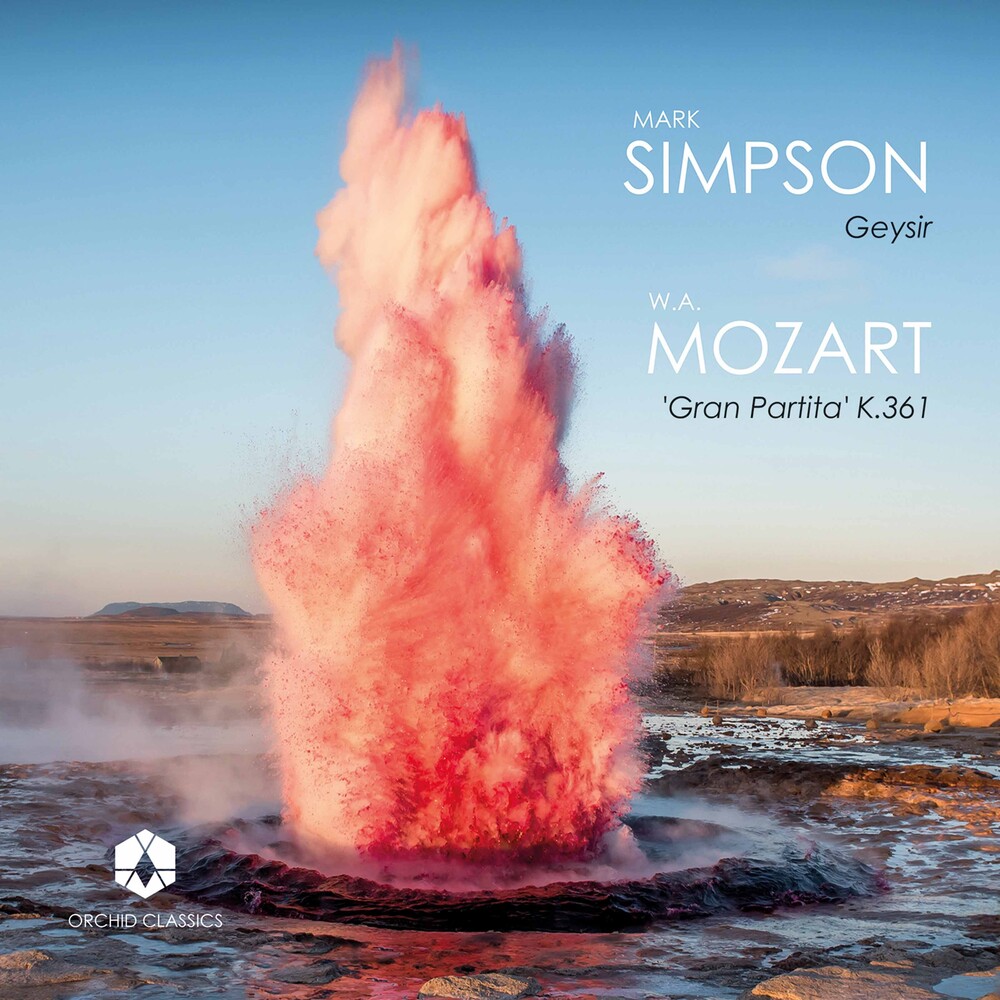 A stunning pairing of Mozart's glorious 'Gran Partita' Serenade with a work written specifically to be performed alongside it, Geysir by the exceptional clarinetist-composer, Mark Simpson. Mark Simpson's simmering, volcanic Geysir was inspired by the rich opening chord of Mozart's 'Gran Partita', and by it's bubbling clarinet writing, which develop into what Simpson describes as a "flurry of colour and harmonic shifts". As a clarinetist himself, writing Geysir "was an instinctive thing - it never felt like trying to overcome any limitations... I'm very proud of it..." Mark Simpson, who performs on this release alongside a line-up of other extraordinary musicians including oboist Nicholas Daniel, was the first ever winner of both the BBC Young Musician of the Year and BBC Proms/Guardian Young Composer of the Year competitions in 2006. By 2019 he was composer in residence at the Leicester International Music Festival, and is currently working on a Violin Concerto for Nicola Benedetti and commissions for the LSO, WDR Sinfonieorchester and RSNO.