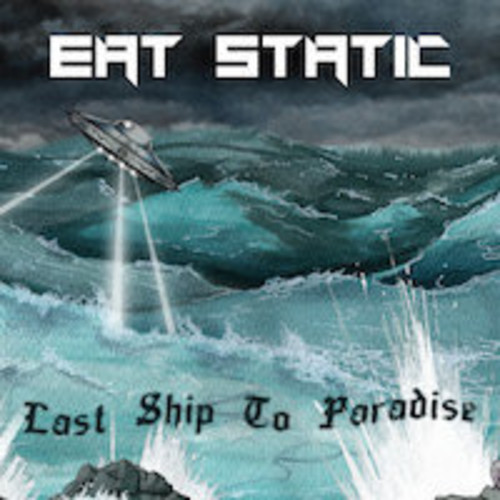 After 28 years and 13 albums Eat Static are back with a new album - Last Ship to Paradise. This release follows on from 2015's monster double album Dead Planet / Human Upgrade, which featured collaborations with Robert Smith, Steve Hillage, Georgina Brett, Robert Heijnen and more. On Last Ship to Paradise founder member Merv joins forces with original Eat Static member Steve Everitt. This is the first Eat Static release that's been done entirely with modular synthesizers. Merv and Steve embrace the burgeoning underground modular movement and combined their studios with a view to pushing boundaries and exploring total creativity and control over their own sounds. They wanted to go past the normal limitations of regular analogue hardware, let alone presets and widely available plug-ins. As Merv says, "there's no sound until you patch it up..." Last Ship to Paradise is not an entirely easy ride, and 2016 wasn't an easy year for Merv by any means. They say that great art is hard to make when you're sitting comfortably, fat and happy. This album gives a ring of the truth to the idea that it takes toil and suffering to create truly exceptional art.