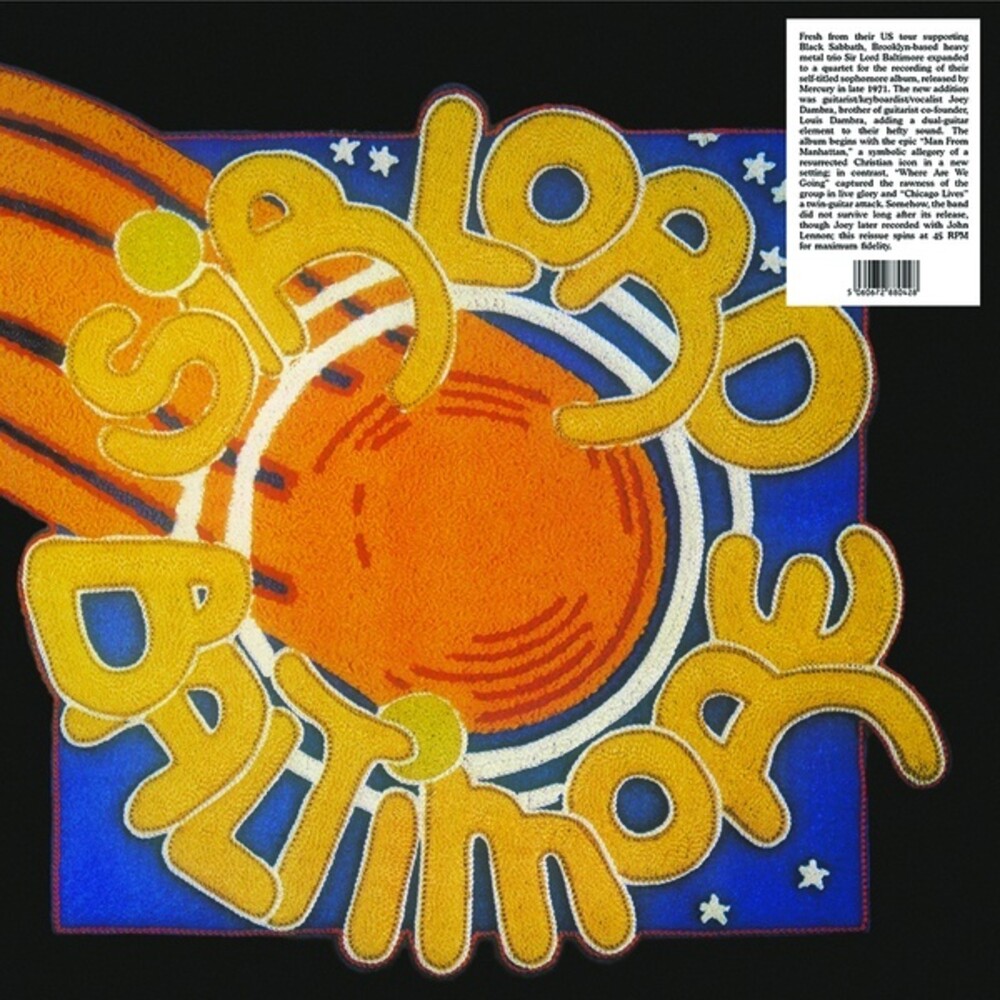 Vinyl LP pressing in gatefold jacket. Trading Places present a reissue of Sir Lord Baltimore's self-titled album, originally released in 1971. Fresh from their US tour supporting Black Sabbath, Brooklyn-based heavy metal trio Sir Lord Baltimore expanded to a quartet for the recording of their self-titled sophomore album, released by Mercury in late 1971. The new addition was guitarist/keyboardist/vocalist Joey Dambra, brother of guitarist co-founder, Louis Dambra, adding a dual-guitar element to their hefty sound. The album begins with the epic "Man From Manhattan", a symbolic allegory of a resurrected Christian icon in a new setting; in contrast, "Where Are We Going" captured the rawness of the group in live glory and "Chicago Lives" a twin-guitar attack. Somehow, the band did not survive long after it's release, though Joey later recorded with John Lennon.