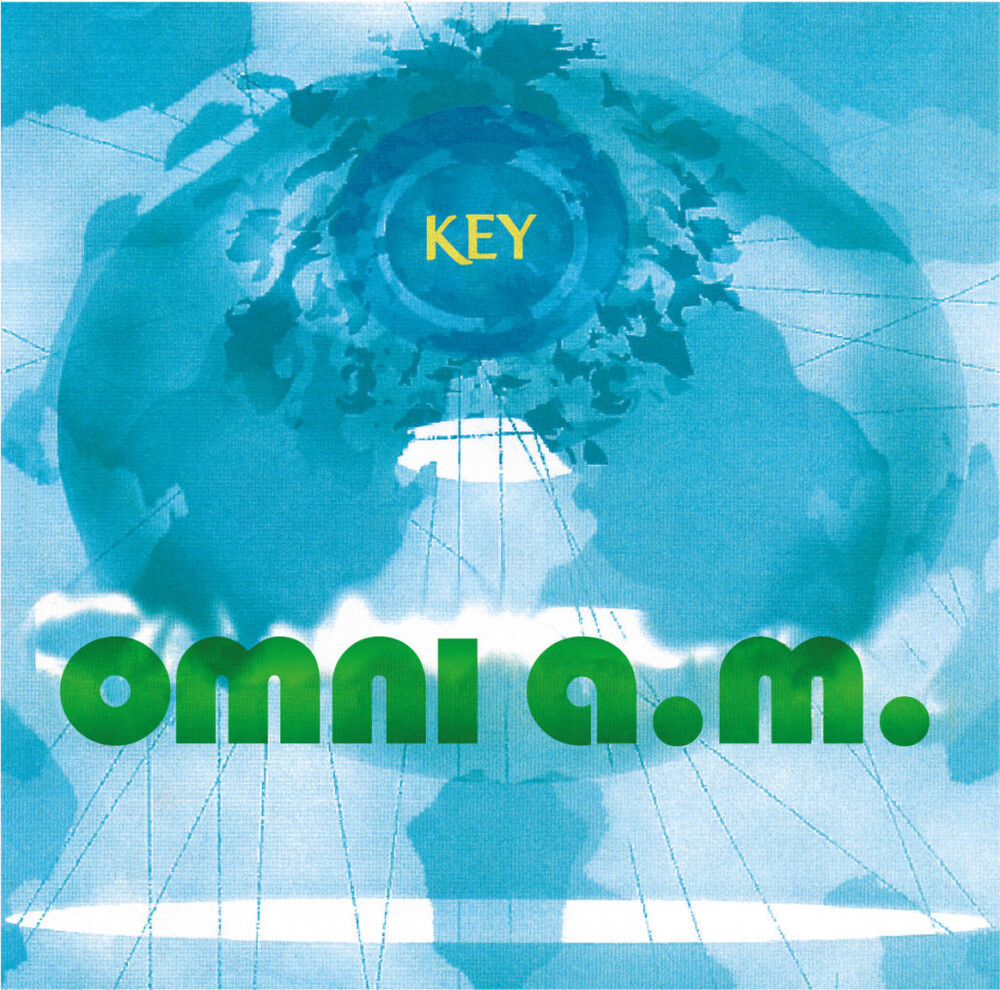 Born out of a love for extended live performance and late night studio jams, Adam Collins' and Marky Star's much revered Omni A.M. collaboration released their debut LP 'Key' 23 years ago, also launching their label Euphoria Records. A very limited amount of CDs were pressed and sold exclusively at Euphoria events throughout Chicago at the time, and with Omni A.M. and Euphoria's stock rising over the following decades, this timeless classic has become a Holy Grail amongst music heads and collectors alike, as the eye watering discogs prices will attest. Although heavily influenced by the Chicago house scene and it's luminaries Derrick Carter, Gemini, DJ Heather and Tyree Cooper, the pair embarked on a remarkable mission to record an album that owes much to their love of The Orb and KLF, the experimentalism of Psychic TV and Cabaret Voltaire, industrial favourites Skinny Puppy and the mind bending dub of Lee Scratch Perry, through to San Fran's West Coast house scene and the Tech-House sounds emanating from South London in the late '90s. LP opener 'space horse' rolls out the breaks before swathes of synths and sonic trickery abound, 'wo ist meine bier?' is characterised by haunting IDM-esque melodies, underpinned by the chug of a 4/4 beat. Over onto the flip where Villalobos favourite 'naked groove' unleashes an infectious rhythm, bass riff, synths and vocal, before 'splendid idea' moves into a more tripped out acidic territory, keeping the musical elements and energy to the fore. On disc 2, the aptly titled 'fusion' turns up the breakbeat heat, adds a hypnotic dub-funk b-line, building into an inspirational lead line. 'v.23's other-worldly throb neatly segues into the moody burning breaks of 'bitch', and closing track 'ready to know' is playful and confident in it's execution, without ever losing any depth or substance. What comes across is an unwavering dedication to creativity and pushing the boundaries of what's sonically possible, whilst defying the genres through a unique and essential collection of musical moments and psychedelic jams underpinned by beats that deliver the funk. These tracks have stood the test of time and have remained exciting and relevant throughout, this is the first time they have ever been released on vinyl. This double LP features exclusive edits and never heard before versions, lovingly remastered by Lawrie Curve Pusher from the original DATs and artwork recreated from, and inspired by the original release.