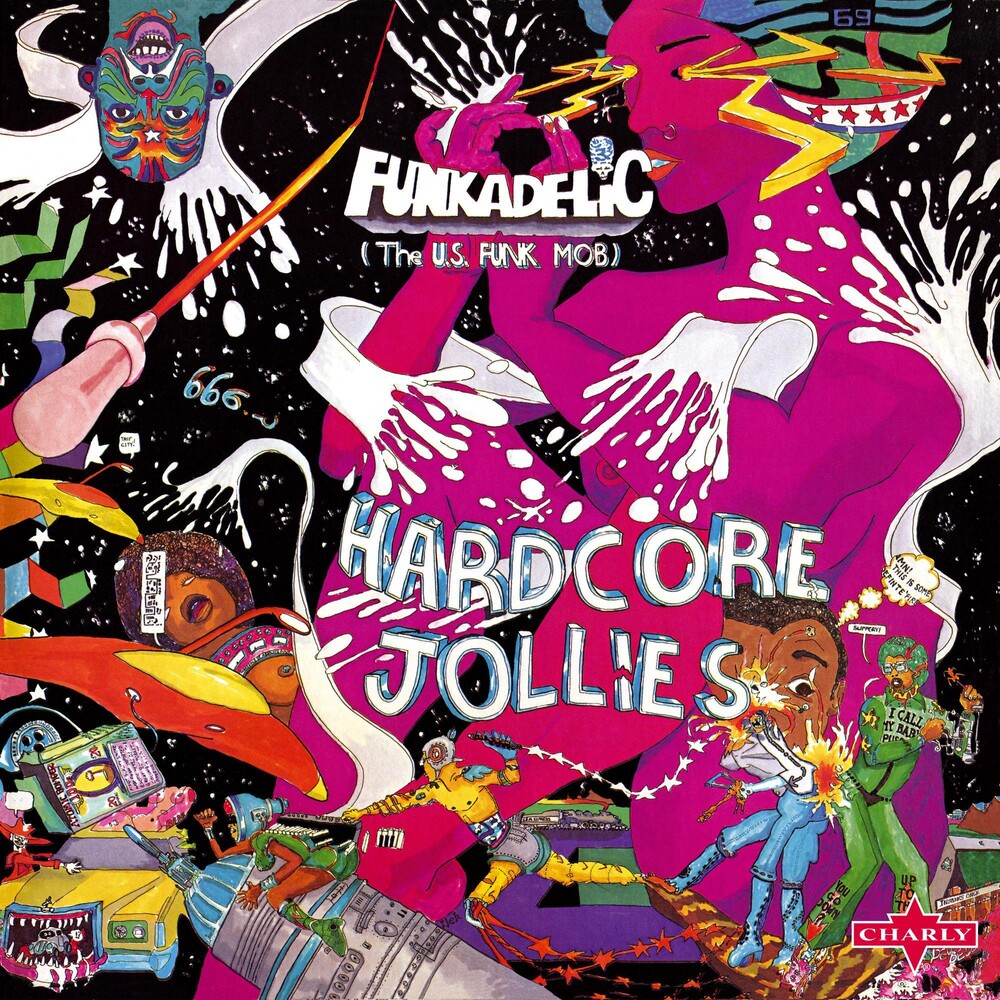 Masterminded by the larger-than-life figure of George Clinton, Funkadelic was a key component of his influential P-Funk empire. Funkadelic's unique combination of Rock, Psychedelia and Soul led to the band to crossing over into the pop mainstream and gaining an international following, to become one of the most important groups in the evolution of funk.'Hardcore Jollies' [US R&B No.12] was Funkadelic's ninth studio album and their first on Warner Bros Records. Released in October 1976 and dedicated to "the guitar players of the world", it followed hard on the heels of their last album for indie Westbound, which comprised outtakes from the same recording sessions. 'Hardcore Jollies' was also the last Funkadelic album to feature three original members of The Parliaments, vocalists Fuzzy Haskins, Grady Thomas and Calvin Simon. Arguably lighter in tone that earlier outings, way-out goofiness still abounds with standout moments including 'If You Got Funk, You Got Style' and 'Soul Mate'.Spawning the singles 'Comin' Round The Mountain' [US R&B No.54] and 'Smokey' [US R&B No.96], the album also includes a live remake of 1973's 'Cosmic Slop', from the album of the same name. Recorded during rehearsals for 1976's P-Funk Earth Tour, this version features a vocal introduction dropped from the 1973 studio cut and features prominent guitar solos by Michael Hampton, widely considered to be among the best of his early work. Although uncredited, 'Hardcore Jollies' also features guitarist Eddie Hazel. Artist Pedro Bell delivers the band's trademark wacky sleeve art, whilst the accompanying short story should raise a smile or two.