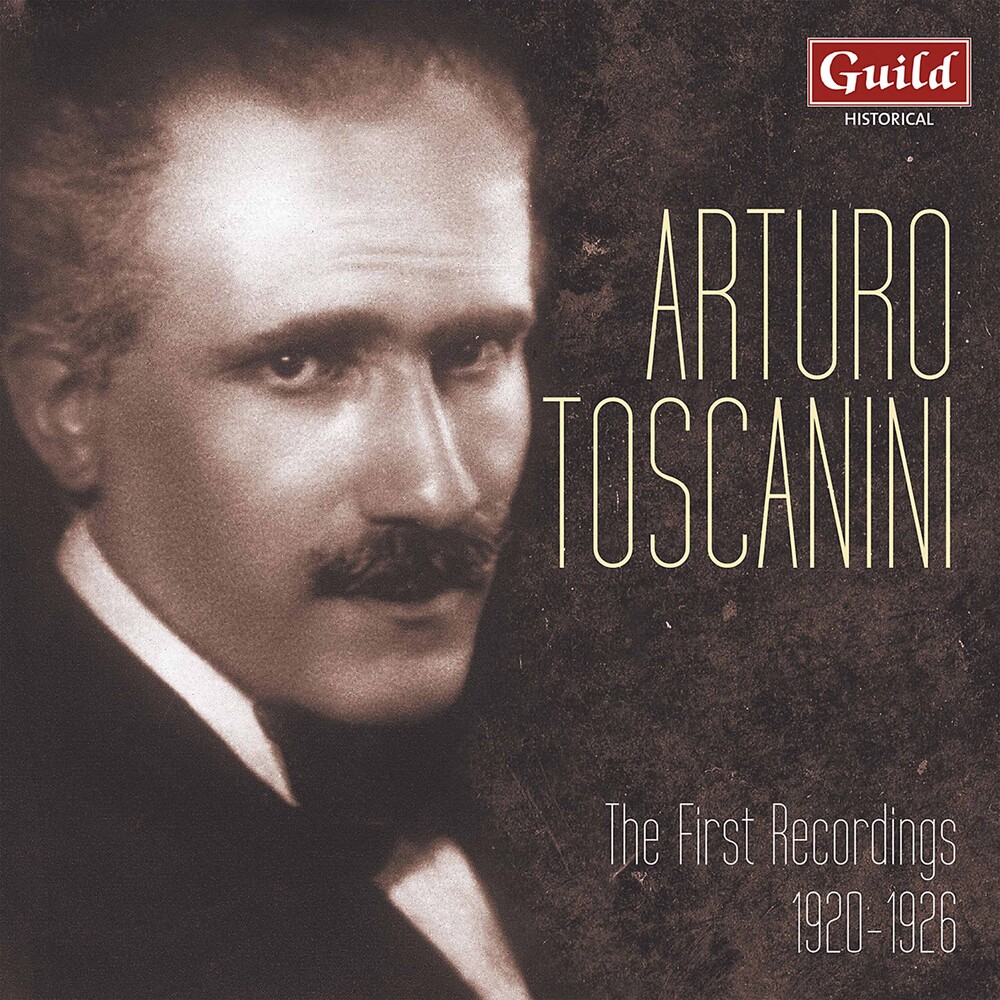 Of all the great conductors who were active during the 20th century, none left a greater recorded legacy than Arturo Toscanini (1867-1957) - a man whom many regard as the greatest conductor of them all. His career was catapulted by being called upon, as a teenaged cellist in the orchestra, to conduct that evening's performance of Verdi's Aida - which he did, from memory. From that point, Toscanini's career was never in doubt; before World War I he had been appointed to the Metropolitan Opera, New York, and after the War was over, in 1920-21, he brought the orchestra of La Scala Opera, Milan, to the United States for an extended tour. The impact was sensational and the Victor company, which had begun making orchestral recordings a year or so before in America, lost no time in securing the Maestro's services and that of his orchestra, for a series of recordings - more than had been made by any conductor and orchestra up to that time. These acoustic recordings may seem archaic but such was the mastery of those early Victor engineers that it would be wrong to dismiss them, for in this collection, which brings together all the recordings made during that tour, we hear music - often by contemporaries - which Toscanini never again committed to disc, alongside his earliest recordings of Beethoven symphonies. Several years later, Toscanini was back in New York, on being appointed musical director of the New York Philharmonic - our collection of the Maestro's earliest recordings is completed by the two tracks he recorded with the Philharmonic for Brunswick in 1926. The sound on these latest transfers of course remains acoustic at source - but the music-lover can readily sense the excellent musicianship of both orchestras, one hundred years ago, now collected for the first time on one modern album.