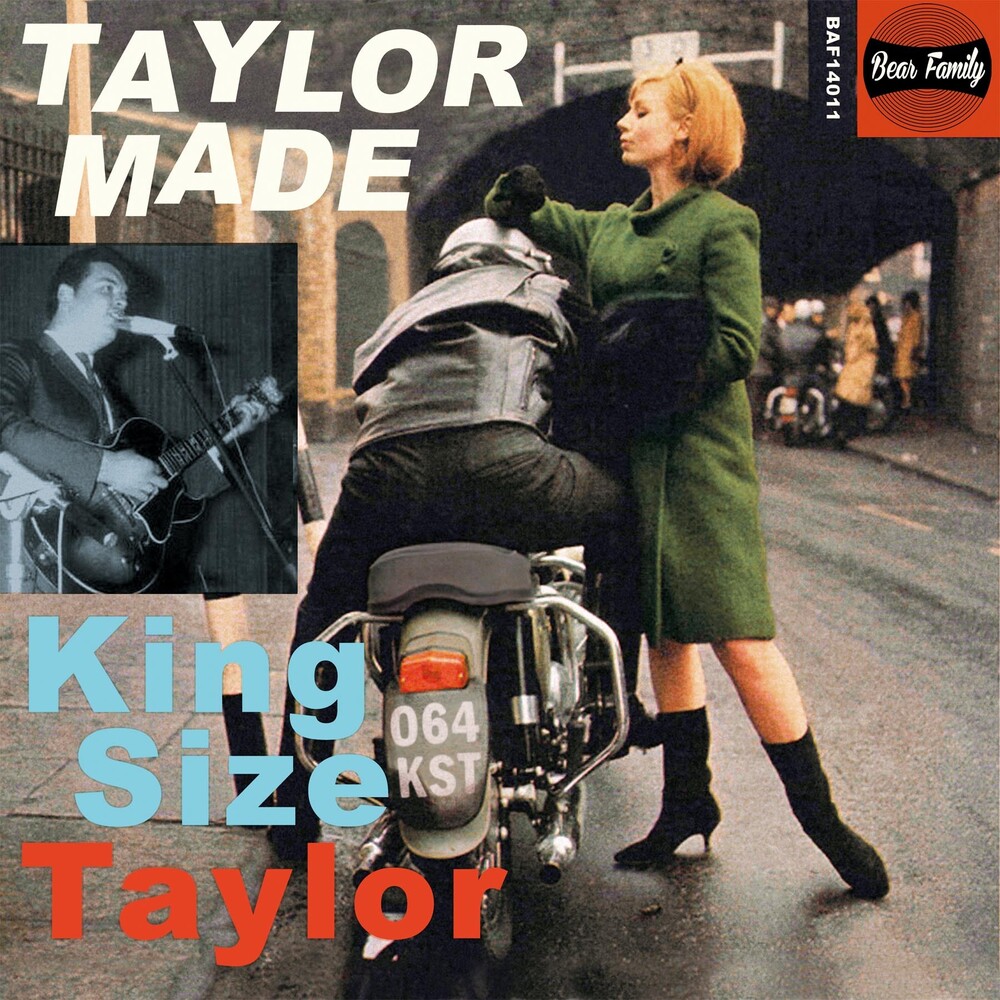 King Size Taylor - one of the great British rockers and member of the legendary Hamburg Star-Club family!Taylor was always a rocker and less of a beat musician.LP/CD combo; only 4 tracks are also featured on King Size Taylor's CD in Bear Family's 'The Brits Are Rocking' series'Taylor Made' focuses on his best rockers recorded for Ariola and the rare Philips single Somebody's Always Trying.Twenty-five of the twenty-seven songs on the CD were recorded in 1957/58 in the living room of Sam Hardie, the Dominoes' pianist, Taylor's band - legally available for the first time on this particular release.In the large-format booklet with liner notes by Marc Mittelacher, there are plenty of photos from Taylor's private archive showing him and stars of rock 'n' roll in the 50s.Carefully mastered and with a photo postcard as a bonus!We guarantee pure listening pleasure!Especially in Germany, King Size Taylor was known in the early sixties as a regular guest in Hamburg's Star-Club. In the Hanseatic city he performed more than 250 gigs between 1962 and 1964 and recorded exclusively in Germany during this time. Due to the creation of legends around the young Beatles, King Size Taylor also ran under the popular label 'Beat'. But on closer inspection Taylor was and always remained the real rocker from the British Isles.After his first musical attempts in a skiffle band (1957), the guitarist and singer, who was born in Liverpool on November 12, 1939, soon founded a rock 'n' roll outfit, which performed under King Size Taylor And The Dominoes from 1960 onwards and moved to Hamburg in 1962. Ariola released live recordings from the Star-Club. An album recorded a little later, 'Let's Do The Slop, Twist, Madison, Hully Gully...' was released by the German Polydor - under the pseudonym The Shakers. Single releases were also released in the UK, including Money, Whole Lotta Lovin' and Hippy Hippy Shake