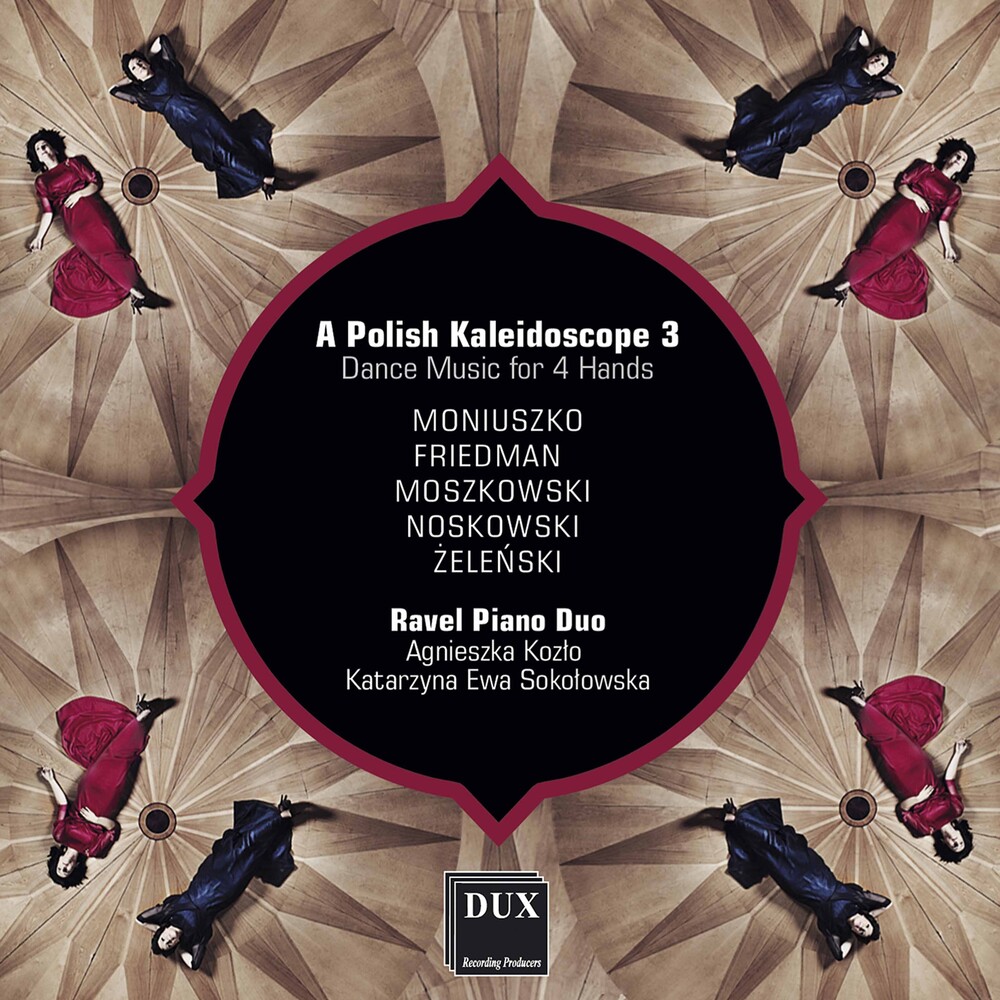 The third album of the Ravel Piano Duo from the Polish Kaleidoscope series is entirely devoted to piano dance music written during the second half of the 19th century and at the beginning of the 20th century. Today, Fryderyk Chopin is widely recognized as the most brilliant Polish composer creating this type of works. However, adoring and admiring the craft of Chopin's art, we often forget about many outstanding artists who have undeniable merits in the promotion of both national and foreign dances. That having been said, the present album includes a number of stylistically diverse dance miniatures of respected Polish artists: Moniuszko, Noskowski, Zelenski, Moszkowski, and Friedman.