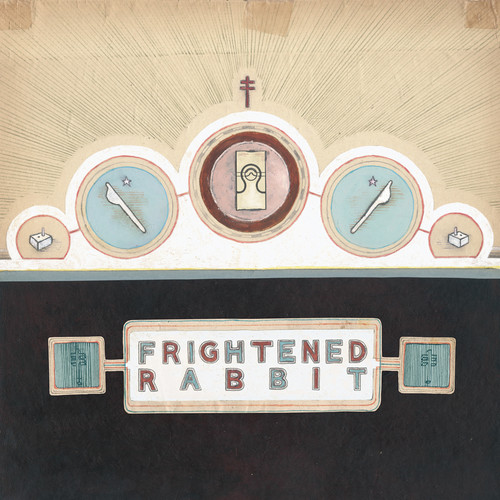 2010 release, the Scottish collective's third full-length studio album. Winter of Mixed Drinks comes two years after their 2008 breakthrough second album the Midnight Organ Fight. Features the singles 'Swim Until You Can't See Land' and 'Nothing Like You'.

''The Winter of Mixed Drinks'' is the third studio album by Scottish indie rock band Frightened Rabbit, released on March 1, 2010 through Fat Cat Records. As with its predecessor, the critically acclaimed ''The Midnight Organ Fight'' (2008), the album was again recorded and produced by Peter Katis. Vocalist, guitarist and songwriter Scott Hutchison states that ''The Winter of Mixed Drinks'' is "more of a storytelling record" than the band's previous two albums, and notes that the album is "about an escape and maybe even a slight breakdown. I have to say, it's semi-fictional. There's a protagonist who is possibly male but it doesn't really describe my life because if I did that it wouldn't make for an interesting album this time around as I’ve been quite solid and content, thankfully."

The album was preceded by the singles, "Swim Until You Can't See Land" and "Nothing Like You", released during November 2009 and February 2010, respectively. The band's next single "Living in Colour" was released on June 14th. The album's title comes from a line in the song "Living in Colour", with Hutchison stating, "I think we've all had odd, lonely, fallow periods in life, where you find yourself detached from everything, drifting and lost. That's what [the title] means to me, but most importantly, it's the moments of joy afterwards, during recovery, that defines the dark period." - Wikipedia