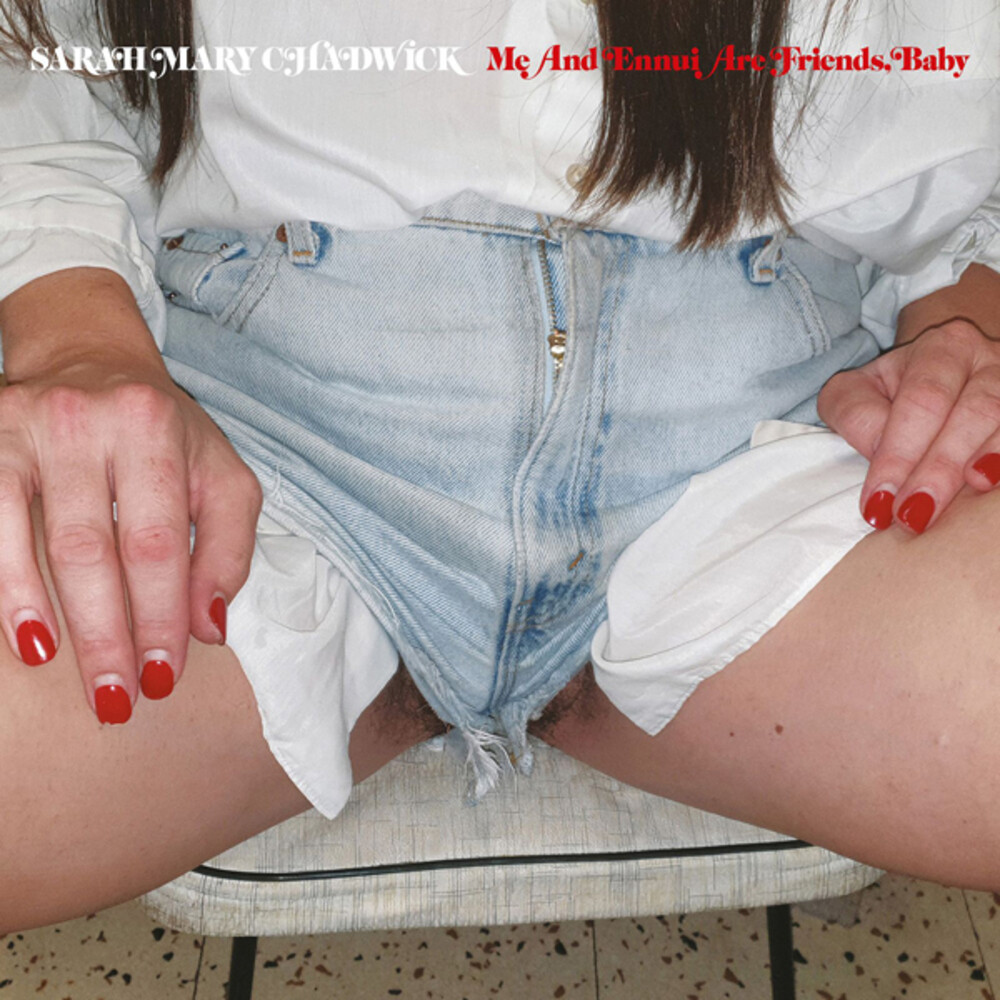 Me And Ennui Are Friends, Baby is the latest full-length from New Zealand-born, Melbourne-based singer-songwriter, Sarah Mary Chadwick, whose brutally honest songwriting has cast her contrary to the gentleness of most current music. Comprised entirely of minimal solo piano arrangements, the album is despondently clear-eyed and smirkingly self-deprecating, completing a trilogy of records that started with The Queen Who Stole The Sky recorded on Melbourne Town Hall's grand organ, and her only outing to date featuring a full band, Please Daddy. Each record has followed Chadwick's internal processing after a traumatic event, with Chadwick's zeal for psychoanalysis front and center. On Ennui, Chadwick presents an exacting intensity with her choice to pare back to piano and vocals. It's in this stark setting that she focuses on the attempt she made on her life in 2019. The methods Chadwick employed here contrast those of her previous full-band record, which thrust her into a very different world of rehearsal, planning, restraint and control as a functional tool. The result, 2020's critically acclaimed Please Daddy, was her most aching and engaging achievement to date: "a raw, often unnerving experience," which "delivers compelling and uplifting catharsis" (Mojo). Recording Ennui shortly after those sessions, Chadwick concludes her trilogy by returning to the most immediate compositional process she can muster, doing it alone, with less between her and the microphone than ever before. Joined by long time production collaborators, Me And Ennui was mastered by David Walker at Stepford Audio and mixed and recorded by Geoff O'Connor at Vanity Lair-both expertly bringing scale, subtlety and intangible ascendence to this recording.