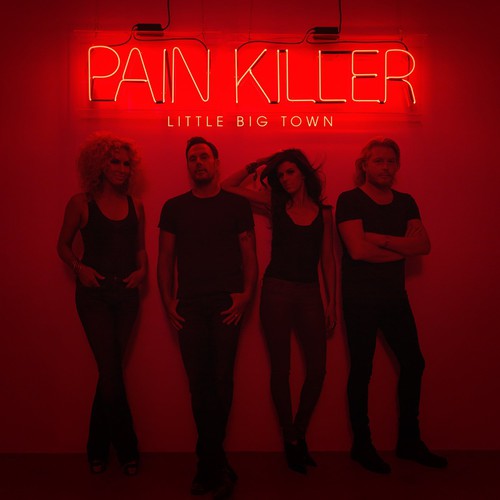 "Sometimes you don't know what's going to happen in the studio. You just have to dive in head first and work hard to do something unique," said Fairchild. "We're always striving and pushing ourselves to go somewhere new. Pain Killer is a new place for sure."

"Individually, they are four of the best singers in the world," said Mike Dungan, Chairman/CEO of Universal Music Group Nashville. "Together, they are awe-inspiring. As a band, they are forever focused on taking it to the next level. The result is Pain Killer...simply the best one yet."

Little Big Town, who have been together for 15 years, release Pain Killer on the heels of their highly successful, platinum-selling album Tornado almost exactly two years later. Tornado was one of only 10 country albums to achieve platinum certification in 2013 and features back-to-back #1 hit singles Pontoon and Tornado. The 2x platinum-selling Pontoon took home the GRAMMY Award for Best Country Duo/Group Performance and the CMA Award for Single of the Year.