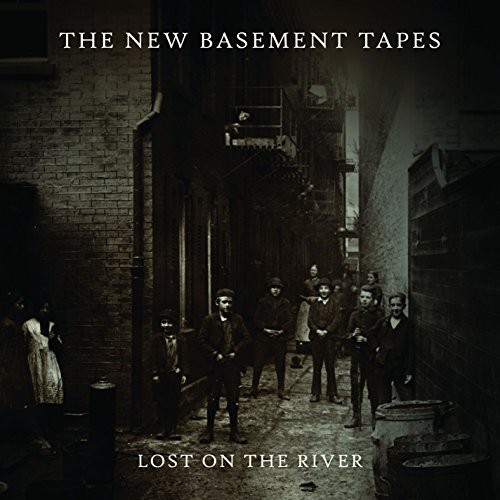 Lost On The River: The New Basement Tapes is a music event 47 years in the making. It's an historic album project from five of music's finest artists -- Elvis Costello, Rhiannon Giddens (Carolina Chocolate Drops), Taylor Goldsmith (Dawes), Jim James (My Morning Jacket) and Marcus Mumford (Mumford & Sons) -- in unique collaboration with a 26-year-old Bob Dylan. Produced by project creator T Bone Burnett, the album was recorded in March, 2014 at Capitol Studios in Hollywood, where the artists and Burnett convened for two weeks to write and create music for a treasure trove of long-lost lyrics handwritten by Bob Dylan in 1967 during the period that generated the recording of the legendary Basement Tapes. The collective completed and recorded dozens of songs, 15 of which appear on this album.