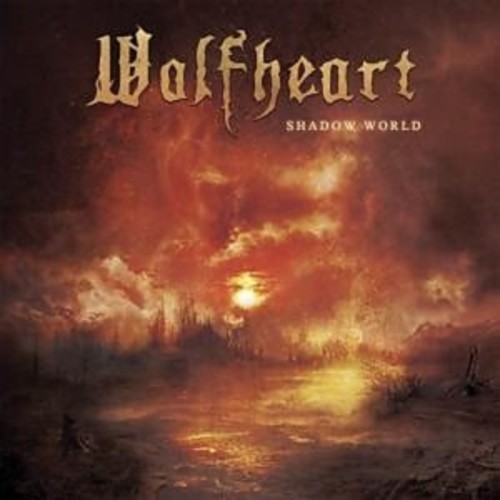 Vinyl LP pressing. 2015 release, the sophomore album from the Finnish metal band. Shadow World was recorded at Grindhouse Studio in Athens, Greece and at SoundSpiral Audio in Kouvola, Finland. It is the logical continuation of it's predecessor Winterborn. Shadow World is set to release on August 21st, with the album's lead single "Aeon Of Cold" dropping Wolfheart were born in 2013 from the ashes of Before the Dawn and Black Sun Aeon. Sole member, songwriter and producer Tuomas Saukkonen wanted to combine the musical elements from his previous bands and to embark on a fresh start after 14 years in music business and several albums. After the astounding critical reception that Winterborn received, Saukkonen realized that it was the right time to turn the Wolfheart solo project into a full-fledged band, and he did just that in early 2014. Armed with band members in place, a new label deal and two albums on the horizon, Saukkonen and Wolfheart are ready to storm the gates of 2015.