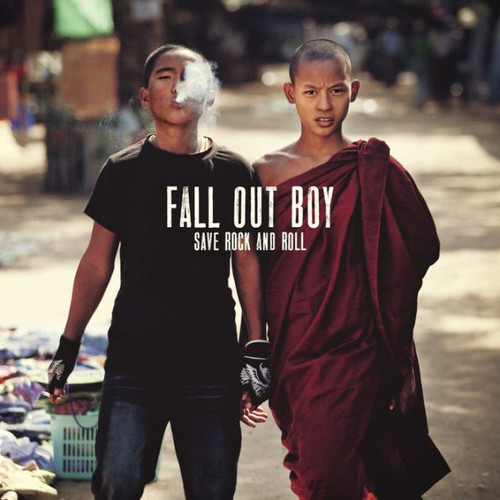 Double vinyl LP pressing. Save Rock And Roll is the fifth studio album by Fall Out Boy. It was produced by Butch Walker and released April 12, 2013, through Island Records. On October 15, the album was re-released with PAX AM Days, an extended play the band recorded shortly after Save Rock And Roll's release. Following multiple touring stints, the members of Fall Out Boy decided to take a break at the end of 2009. After several reformation attempts the album was recorded in secrecy at Ruby Red Recordings in Santa Monica, California, beginning in the fall of 2012. The album sessions were marked by a desire to reinvent the band's sound in a more modern form. The band brought in producer Butch Walker for a fresh approach, marking the group's first time without longtime producer Neal Avron. In the band's new form, each member of the quartet was involved in crafting the compositions. Save Rock And Roll features guest vocals from Foxes, Big Sean, Courtney Love, and Elton John (who sings on the album's title track).