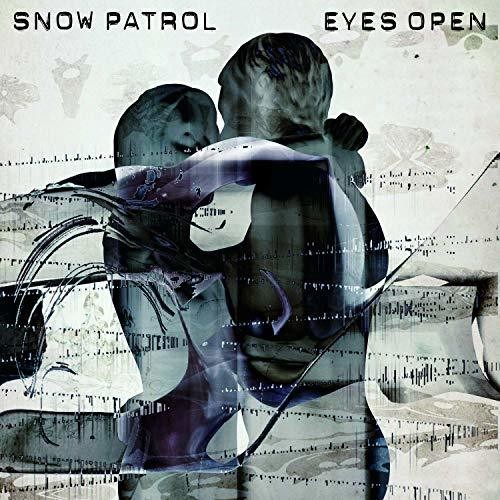 Double vinyl LP pressing. Eyes Open is the fourth studio album by Northern Irish-Scottish alternative rock band Snow Patrol. Produced by Jacknife Lee, it was released in May 2006. It was the band's first album without bassist Mark McClelland and the first to feature bassist Paul Wilson and keyboardist Tom Simpson. Recording for the album took place between October and December 2005 at Grouse Lodge Studios in Ireland, The Garage in Kent, and The Garden and Angel Recording Studios, both in London. Six singles were released from the album, including top 10 hits "You're All I Have" and "Chasing Cars", the latter of which came to worldwide attention when it was featured during the season 2 finale of the American medical drama Grey's Anatomy. It went on to sell over five million copies worldwide and has spent a total of 166 weeks on the UK Singles Chart, more than any other song in history. Eyes Open was the best-selling album of 2006 in the UK, selling 1.5 million copies and 6 million worldwide. It was also the 15th best-selling album of the 2000s.