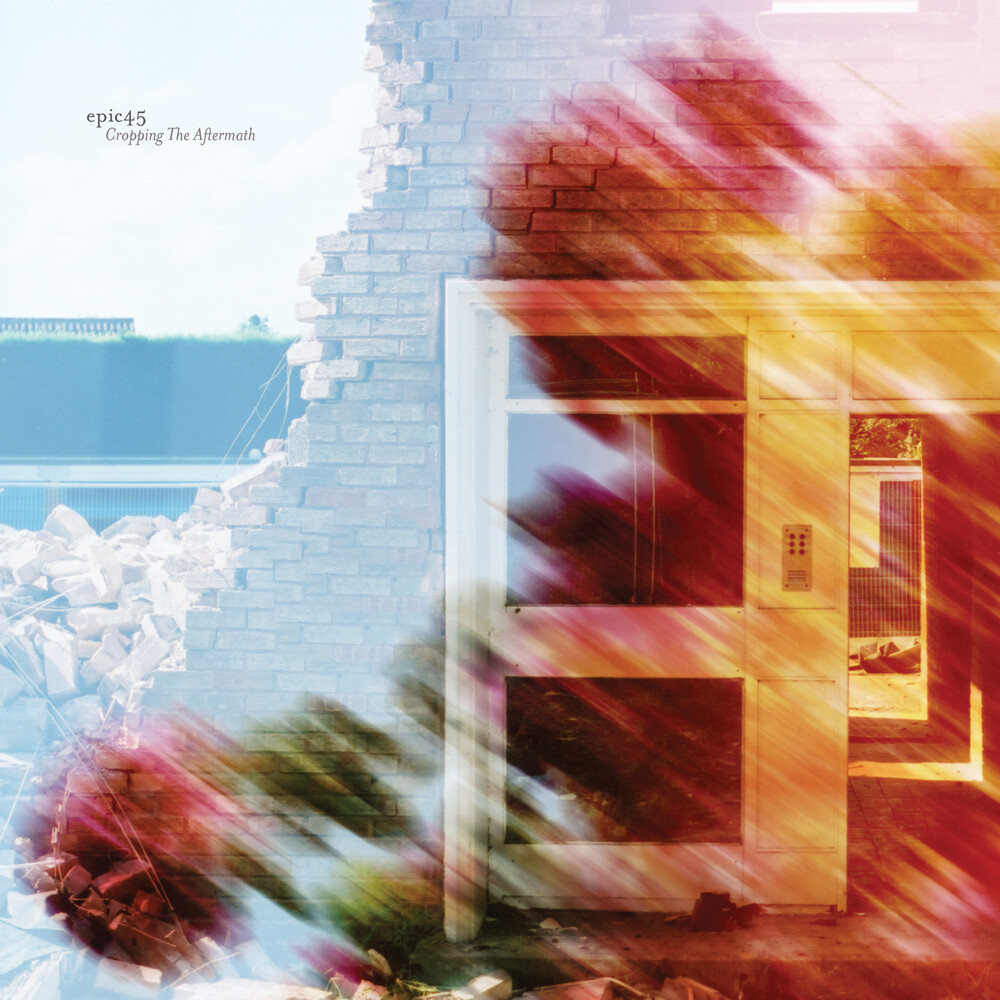 2020 release. With everything shut by nine, Ben Holton and Rob Glover were trapped in bedrooms; too young to escape the watchful eye of parents. They were contemplating starting a band. New sounds emerge from across the hallway. A sticker covered door, entry denied by an older brother sat behind blasting out pirate radio; not suitable for young ears. Perhaps a familiar scene from the ' 90s... And so, drawing on a musical palette of those heard sounds, coupled with ruminations on ageing and a dose of Epic45 shimmer; Cropping The Aftermath makes it's way into the world. Cropping the Aftermath is the second release by Epic45 in 2020; the 'We Were Never Here' photobook project came out in May. It was an instrumental release featuring large scale photography taken during 2018-2019, of 'nowhere places' eerily devoid of human life. The current line-up consists of founder members Ben Holton and Rob Glover, with James Yates, a long term collaborator whose role within the band has grown organically over time.