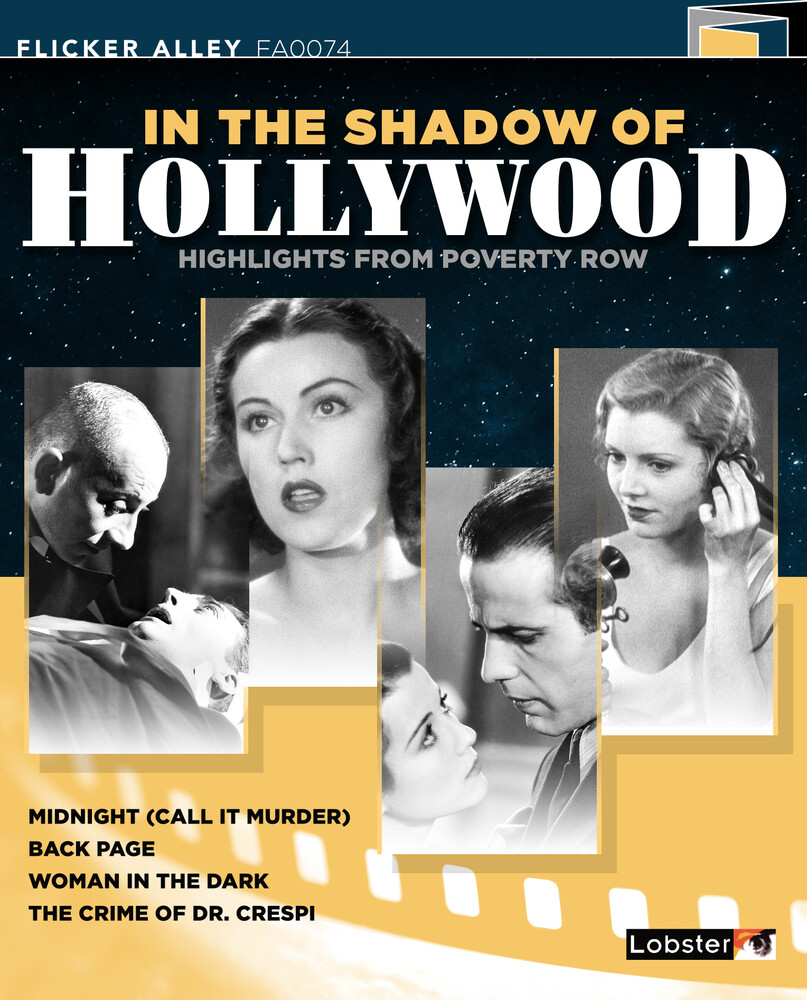 Independent films produced in the shadow of Hollywood's major studios were given the less than complimentary nickname "Poverty Row," which existed in Hollywood between the 1920s and 1960s. They were usually produced on small budgets, at rented facilities, and on a short production schedule. Despite being overshadowed by bigger studio projects, many of these films have since been rediscovered and appropriately hailed as exceptional and inventive. In fact, more than a few notable names were featured in these films, such as Humphrey Bogart, Fay Wray, Erich von Stroheim and others. Each of these new restorations, from archival 35mm material, feature a film scholar commentary that offers production history, historical context, and an opportunity to explore this under-appreciated part of film history - an enriching experience for film enthusiasts of all ages!Featured in this premiere Flicker Alley publication are four entertaining and beautifully restored films that explore crime, romance, horror, and mystery - all Poverty Row hallmarks:Midnight aka Call It Murder (1934), Directed by Chester Erskine and starring Sidney Fox, O.P. Heggie, and Humphrey Bogart - Jury foreman Edward Weldon (Heggie), a firm believer in following the letter of the law, is caught in a complicated situation when his daughter, Stella (Fox), admits to having committed a murder.Back Page (1934), Directed by Anton Lorenze and starring Peggy Shannon - A young reporter, Jerry Hampton (Shannon), leaves her job at a big city newspaper for a position as the editor of a newspaper in a small California town. Political complications ensue as she struggles to keep the paper from being forced out of business.Woman in the Dark (1934), Directed by Phil Rosen and starring Fay Wray and Ralph Bellamy - John Bradly (Bellamy), recently released from prison, and attempting to live a quiet life, has his plans interrupted by a new love interest and a false murder accusation, causing him to flee the authorities. The film is an adaptation of Dashiell Hammett's mystery novel, Woman in the Dark.The Crime of Dr. Crespi (1935), Directed by John H. Auer and starring Erich von Stroheim - The Crime of Dr. Crespi is the story of a respected surgeon, Dr. Andre Crespi (Stroheim), who, when asked to operate on another surgeon that he believes stole the affection of the woman he loved, invents a serum that will induce a catatonic state, in order to bury his enemy alive. The film is an adaptation of Edgar Allen Poe's short story, The Premature Burial.