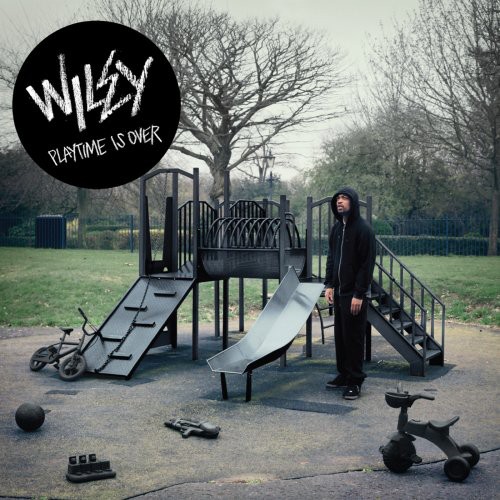 Wiley, the pioneer, the founding father, the maverick, the relentless innovator, releases his brand new (and possibly final) album. A blazing return to the experimental crucible of the East London music known as grime, Playtime Is Over offers everything that is most brutal, cutting-edge, funny, clever, terrifying, and moving about the sound and the world which created it. Over the course of 15 tracks, Wiley boasts of his pre-eminence, tells stories of his life and background, reveals a sensitive side that won't surprise anyone who has met him, bigs up Bow/East London, and, in general, splatters his life and thoughts and feelings over beats in a way that hasn't been bettered in the short but incident-packed history of a scene whose mainstream acceptance is barely five years old. The majority of Playtime Is Over is produced by the man himself, with occasional assistance from JME and Maniac. The handful of guest MCs and vocalists on the album were selected with equal care: one-time rival and rising star Scorcher lends his musical flow to 'Fly Boy', Jukie Mundo's ultra-tight delivery rails over 'Stars', and the dulcet tones of Rachel provide the chorus to 'Come Lay with Me'. Throughout the album, Wiley welds together screeching keyboards, elastic bass drops, and pounding beats into instantly catchy, hugely more-ish bursts of noise. Right from the opening bars of '50/50' you know you're in for a treat.