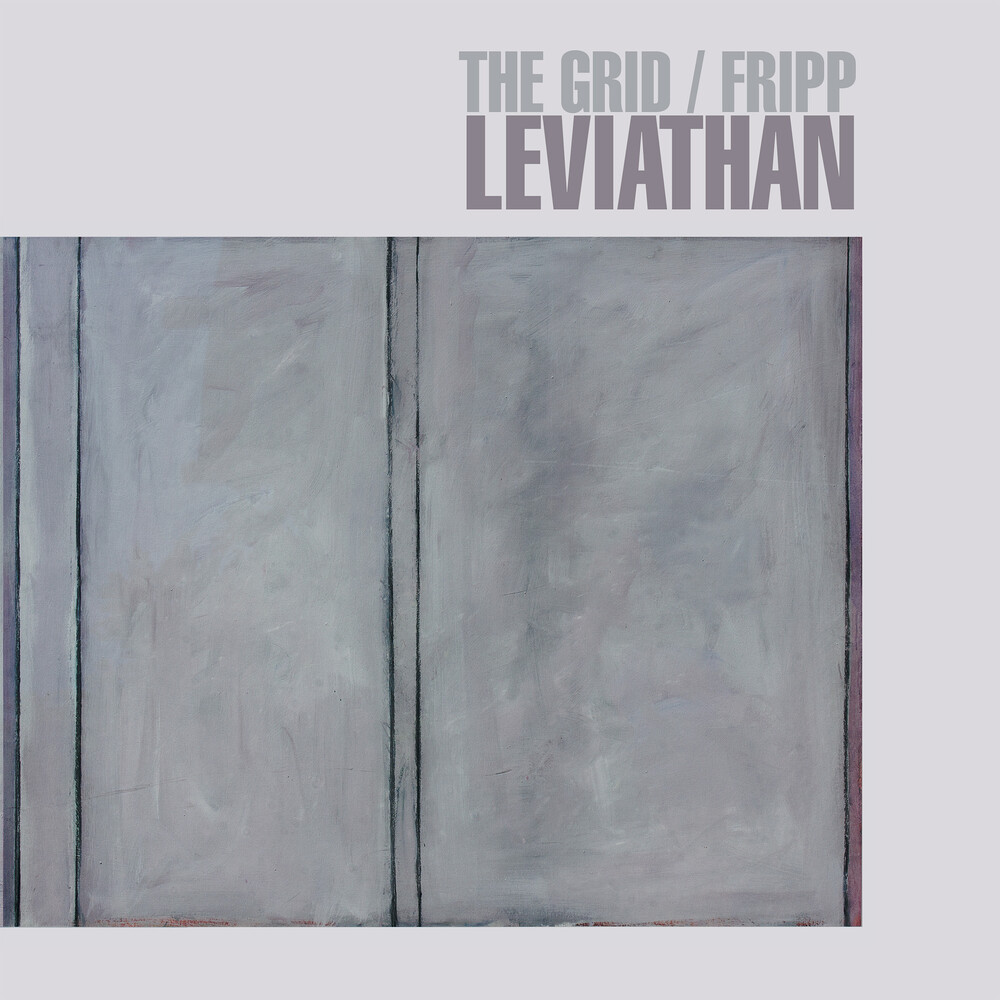 2LP 200 gram super-heavyweight vinyl. 'Robert (Fripp) turned up with a truck load of amps and effects, two great big stacks including delay units with a 76 second delay and played and played and played. ' Though not intended as such, in some respects Leviathan and it's creators represent between them one version of the history of British electronic music. In 1973, the curiosity of a significant chunk of the King Crimson and Roxy Music fan bases, along with an attractive price, propelled Fripp & Eno's No Pussyfooting into many thousands of homes where no such recording had previously registered a single sleeve, much less a gatefold. By the early 80s Dave Ball & Marc Almond's Soft Cell were at the forefront of a wave of synth based bands who dominated the singles and albums charts. In the 1990s, The Grid - Dave Ball (again) & Richard Norris formed a key act in what was sometimes referred to as Electronica, sometimes herded under the (almost meaningless) "Dance music" category, occasionally (equally inaccurately/narrowly) described as "ambient" music, the struggles of music industry name-taggers never quite catching either the breadth of the music involved, nor recognising - until much later - the scope of it's influence. The Grid's success - a number of hit singles and albums, including the million selling "Swamp Thing", world tours, remixes for Eno, Pet Shop Boys, Yello, Sylvian/Fripp - could find a ready audience among those for whom, by now, electronic music was part of the everyday musical fabric and commonality of experience, even as it continued to evolve and develop as a form in itself. The Grid were managed at the time (1992) by David Enthoven who had also managed King Crimson and Roxy Music from inception for many years and by now with a Sylvian/Fripp remix among their producing credits, it is no surprise that the duo and Fripp were keen to see if mutual recordings would produce interesting results - hence the arrival of the equipment described by Richard Norris above at Eastcote Studios in West London. As Norris further notes: 'Robert's craft and musicianship was slightly daunting to us at first, being from a more DIY, post punk electronic background, but we soon worked out a language to communicate in. "Make it sound like a thunderstorm... ", "I'm going to make a sound like a bomb", that kind of thing. After every track, Robert would say "Have you got any more?" and seemed to be greatly enjoying himself. He was a very generous guest'. The resulting Fripp recordings provided material for much of The Grid's second album '456' and their Top 20 follow-up album 'Evolver' A few years ago, The Grid rediscovered tapes from these sessions, including unreleased tracks they'd worked up but never completed or mixed. A set of long solo drone pieces from Fripp was discovered along with a lost track that was then remixed to become 'A Cabala Sky' by The Grid / Fripp and released as part of Bill Brewster's acclaimed 'Late Night Tales' compilation series in 2014. Further Fripp Soundscapes from the same period were added to the mix by DGM's David Singleton, which inspired The Grid to add new synths, drums, programming and effects to create the album 'Leviathan' a 2LP Inspired by the mythical whale 'Leviathan', the biggest prehistoric whale that ever lived, Norris adds 'I like Philip Hoare's book "Leviathan", which is about his obsession with whales and whale watching and the awe of coming into contact with such massive creatures. They are quite mysterious. Their brains are enormous, and we don't quite know what all the brain power is doing... A bit like Robert, really'. Having completed the album's stereo mixes, DGM suggested the music as ideal for a full 5. 1 surround mix by The Vicar. Electronic music lends itself very well to Surround Sound mixing as the listener has no fixed notion as to where any sound should emerge from. This mix features on the CD/DVD-a edition (alongside the stereo mix) and while Surround Sound is sometimes regarded as "niche" in terms of audience, the same would have been said about any form of electronic music when Fripp turned up, guitar in hand, at Eno's place in 1972. But then inquisitive musicians, even (perhaps especially) when they approach music from very different perspectives, often arrive at places that are as intriguing to an audience as they were to the participants.