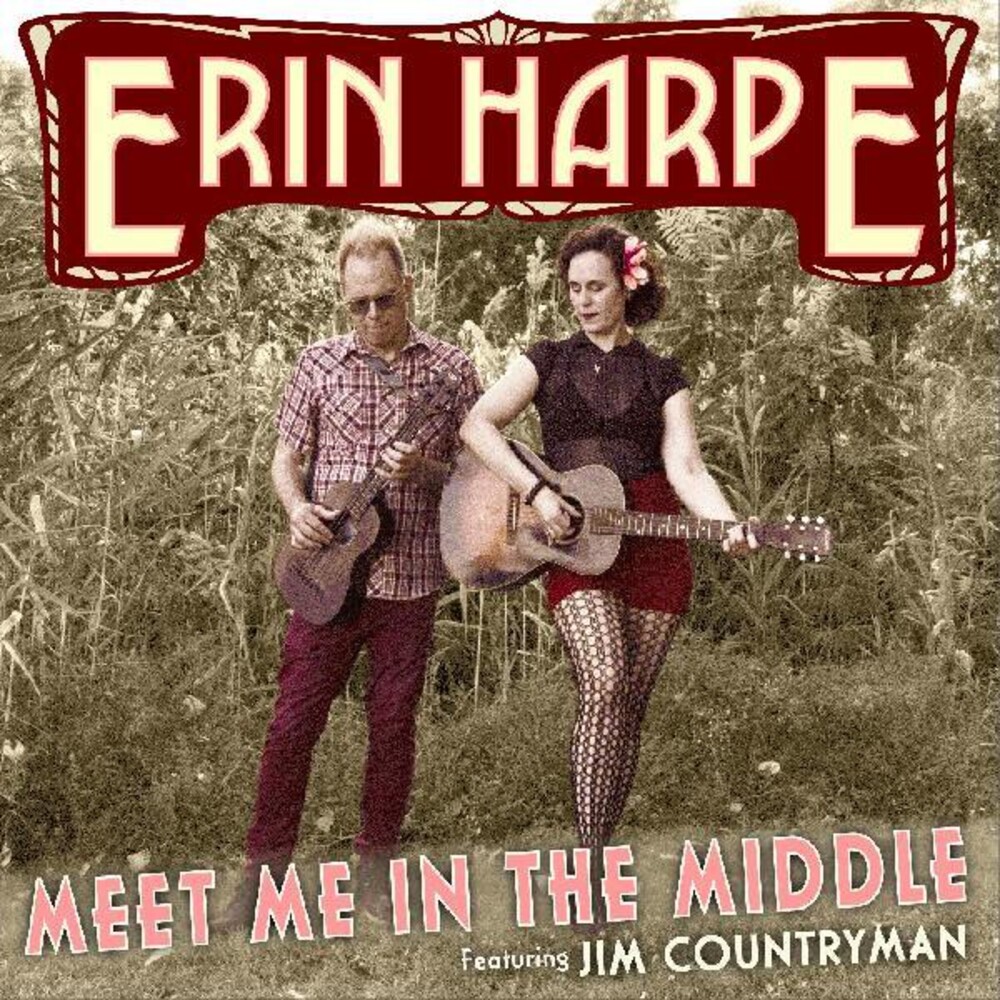 MEET ME IN THE MIDDLE is the fourth VizzTone release from second-generation finger-style guitarist and singer ERIN HARPE, recently named 2019's New England Blues Artist of the Year. Following up a trio of successful albums with her band, Erin Harpe & the Delta Swingers, Erin goes back to her roots in country blues for this intimate acoustic album, self-produced and recorded in her home studio with husband/bass player Jim Countryman. The album features 10 tracks, including four self-penned songs, and her own interpretations of traditional tunes and songs by blueswomen from Memphis Minnie to Lucille Bogan, with styles ranging from traditional country blues and slide guitar to folk, gospel and Zydeco. The stripped-down record features Erin Harpe on acoustic, slide and 12-string guitars and vocals, as well as kazoo and foot percussion, with ukulele bass and backing vocals provided by partner Jim Countryman.