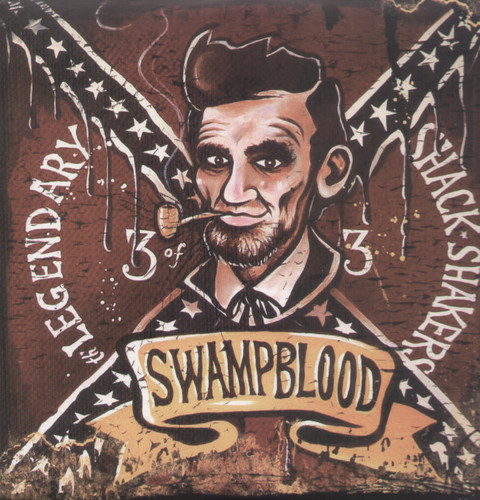 Th' Legendary Shack*Shakers southern gothic epic has it's latest chapter. With Swampblood the Colonel JD Wilkes takes the muddled influence of his new home in western Kentucky, pours it through the funnel of eerie south Louisiana bayou culture, and shakes it up 'til it explodes with the thick swamp blues of Slim Harpo. With this new offering the band plays with Wilkes' idea that, "The world needs a new Creedence Clearwater Revival." But don't think "Have You Ever Seen the Rain," Swampblood is all "Run Through the Jungle" with it's heavy but accessible chug-like the sound of a pirogue's plodding diesel outboard moving past the fire-breathing refineries of Port Sulfur. Though treading new ground, Swampblood holds true to the Shackshakers' signature aesthetic, resting on the dark fringes of American culture, more interested in the sinister nuances behind a frequently Rockwellian facade. Musically, straight swamp blues swirls with rockabilly, minor key polkas, and industrial rock all draped over Bo Diddly's primal thumping heartbeat. Digipak.