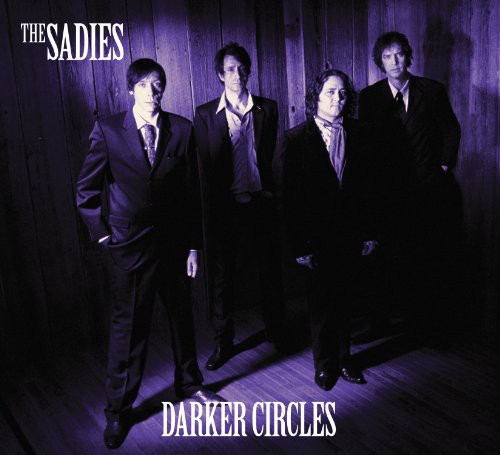 Darker Circles is the follow-up to The Sadies' acclaimed last album New Seasons and sees guitarist brothers Dallas and Travis Good, drummer Mike Belitsky and bassist Sean Dean again pair with legendary Jayhawk and sought-after producer Gary Louris. Furthering the focused songwriting and recording aspirations reached on New Seasons, The Sadies bring their signature blend of country, psychedelic, rock and surf into rifle-scope focus on Darker Circles, further underscoring their reputations as musicians' musicians. Always at the top of the list when discussing musical chops and live intensity, The Sadies are now more intent than ever on making their mark as songwriters. In one turn as heavy as a sledge, and on the other flitting across melodies with the ease of so many sparrows, The Sadies prove once again that denying them now is simply prolonging your conversion. So go on, pull up that screeching wooden chair that bows with your weight. Slide it up next to the turntable and drop the needle, The Sadies are a sure thing...tomorrow isn't.