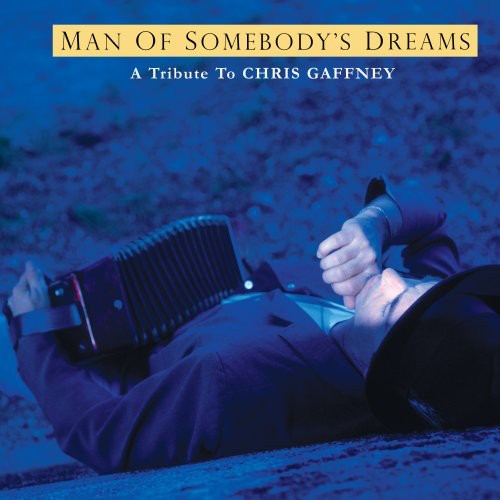 A founding member of the Hacienda Brothers and a renowned west coast country-soul singer/songwriter, Chris Gaffney moved people as much with his smile as with his trademark croon. Gaffney passed away in 2008 after a courageous battle with liver cancer and is survived by his family and the litany of musical heroes he called friends and collaborators. Upon learning of his diagnosis, Chris' close friend and musical compatriot Dave Alvin set forth reaching out to roots music's finest players to put together an album of Gaffney's songs to raise money for his mounting medical bills. Unfortunately, the project became a posthumous tribute after Gaffney's passing, but that only gives more meaning to these interpretations of Chris' songs from some of American music's most influential artists. The track list reads like a who's who of country, rock and americana, with heavyweight friends like Alvin, Joe Ely, Los Lobos, Calexico, Alejandro Escovedo, Tom Russell, James McMurtry, fellow Hacienda Brother Dave Gonzalez and more, all weighing in with their versions of Gaffney's classic country tunes. Dave Alvin's Yep Roc label mates, Peter Case, Jim Lauderdale, the Iguanas, John Doe, Big Sandy w/ Los Straitjackets and Robbie Fulks also contribute tracks that, much like the man, range from fiercely rocking to hair-raisingly poignant. All proceeds from this album will benefit the non-profit group Hungry for Music and the surviving members of Chris' family.